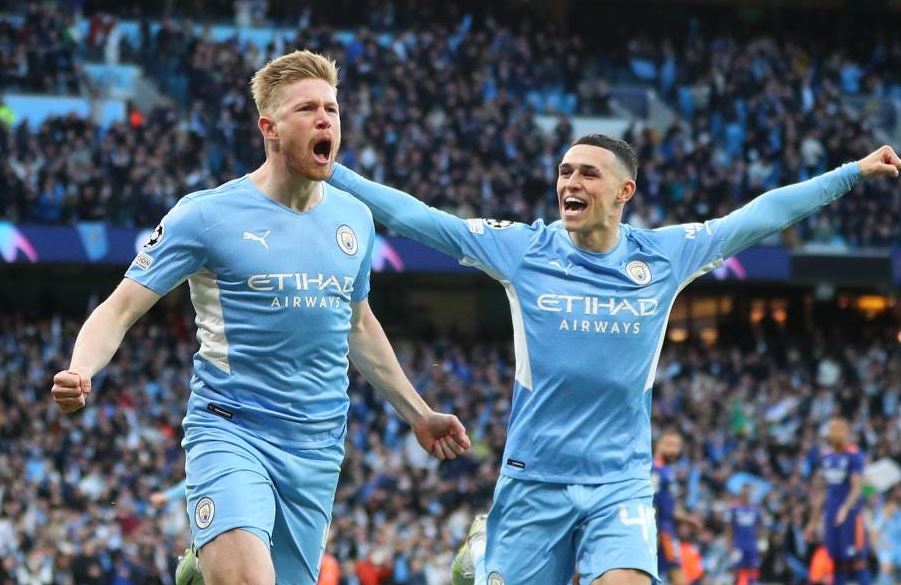 English clubs occupied more than half of the top 20 in the Deloitte Financial Football League (a ranking of global football clubs in terms of revenue generated from football operations) for the first time, with Manchester City maintaining top spot. And the British news agency “BA Media” stated that the English Premier League’s dominance in global club football was confirmed by the Financial Services Company’s 2023 report, which indicated that there were 11 English clubs in the first twenty positions that achieved the highest revenues in the 2021/2022 season. .

The English Premier League’s television broadcast revenues are still the highest in the world, and the report found that 16 clubs – 80 percent of the league – were in the first 30 financial league positions for the 2023 season. According to the report, Manchester City generated 619.1 million pounds ($ 763 million) in the season. 2021/22, including a Premier League record in terms of commercial revenue of £330m. Liverpool achieved the highest position in its history ever, occupying third place, in the history of the survey that began 26 years ago, with revenues amounting to 594.3 million pounds sterling.

Liverpool were seventh in the previous financial league, but their performances in 2021/2022 – including reaching the Champions League final – saw them leapfrog Manchester United for the first time. The Leeds team entered the list of the first 20 clubs for the first time since 2002/2003, when it ranked eighteenth, while Newcastle returned to the list of the top 20 clubs, occupying the twentieth place.

Real Madrid, the European champions, remained in second place, but arch-rivals Barcelona dropped from fourth to seventh on the back of a 13 percent drop in broadcast revenue. The report revealed that the revenues of the two clubs have not yet reached pre-pandemic levels, as the two clubs are still committed to the idea of ​​establishing the European Super League. The Premier League was the only one of the five major leagues to see an increase in revenue from broadcast sales in the most recent cycle.

Forecasters promised a snowstorm in the Astrakhan region on Tuesday

“Send whoever is in charge”: this was the entrance of María Pia Copello and Carlos Vílchez at the premiere

King plays for God on Sint Maarten: “He is healed, it is a miracle”

Polyansky accused the West of disinterest in peace in Ukraine