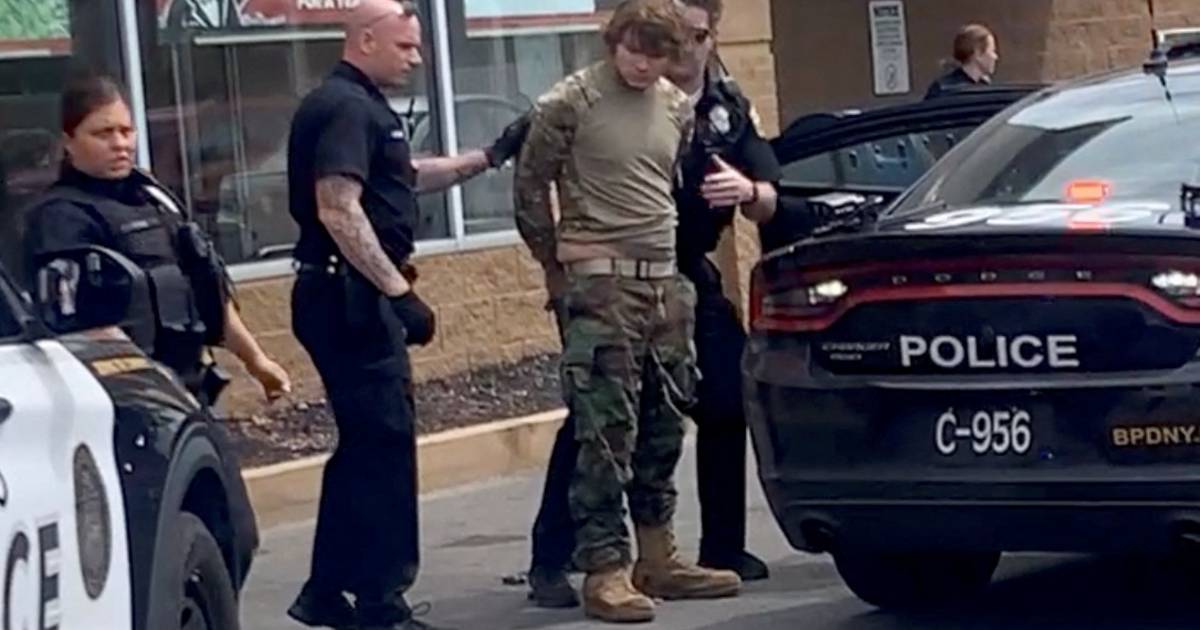 News/VideoA shooting in the American city of Buffalo, New York, has left at least ten people dead and three injured, two of whom are in critical condition. The suspected shooter has been arrested, police commissioner Joseph Gramaglia announced during a press conference.

The suspected shooter is 18-year-old Payton Gendron, of Conklin, New York, about 200 miles southeast of Buffalo. It was not immediately clear why Gendron traveled all the way to Buffalo to carry out the attack. The FBI is investigating whether there is a hate crime and extremism with a racist motive, the US prosecutor said. The supermarket is located in a neighborhood where mainly black Americans live. Eleven of the thirteen victims are black.

According to police chief Gramaglia, the gunman, dressed in camouflage clothing and a bulletproof vest, opened fire in front of the supermarket around 2:30 p.m., killing three people. Once inside, he got into a shootout with a supermarket security guard, a retired Buffalo police officer, but as he was wearing a bulletproof vest, he was unharmed himself. The guard was killed, as did six other visitors.

Prior to the facts, the gunman published a manifesto online calling himself a white supremacist. He allegedly livestreamed the shooting on Twitch. Mayor Byron Brown called it “the worst nightmare a community can experience”.

Gendron has since been brought to court and is charged with multiple murder. “It is my sincere hope that this person, this white supremacist who has just committed a hate crime against an innocent community, will spend the rest of his life behind bars,” said New York Governor Kathy Hochul.

A supermarket employee told The Buffalo News how the shooting broke out. “I heard shots. Shots and shots and shots,” said the man, after which he sought safety in a cold store. “I hid. I just hid. I wasn’t going to leave that room.”

Two other eyewitnesses, Braedyn Kephart and Shane Hill, were just entering the parking lot as the gunman exited the supermarket. “He was standing there with a gun to his chin,” they told the AP. “What is going on here, we thought. Why does this boy have a gun to his face?” The gunman then dropped to his knees, dropped his gun, and was arrested by the police, they say.

Police have cordoned off the area around the supermarket. Several people have come to the scene, including the family of one of the women present in the supermarket during the shooting. “We want to know how my aunt is doing,” said a relative. “She was in there with her fiancé, but they each went down a different aisle. He managed to hide in a cold store, but doesn’t know how my aunt is doing.”

Tops Friendly Markets, the chain to which the supermarket belongs, said in a statement that it was “shocked by this senseless act of violence”. “Our thoughts are with the victims and their families.”