Manchester United continues his awakening .. Casemiro plays and Ronaldo, as usual, is a “substitute”! 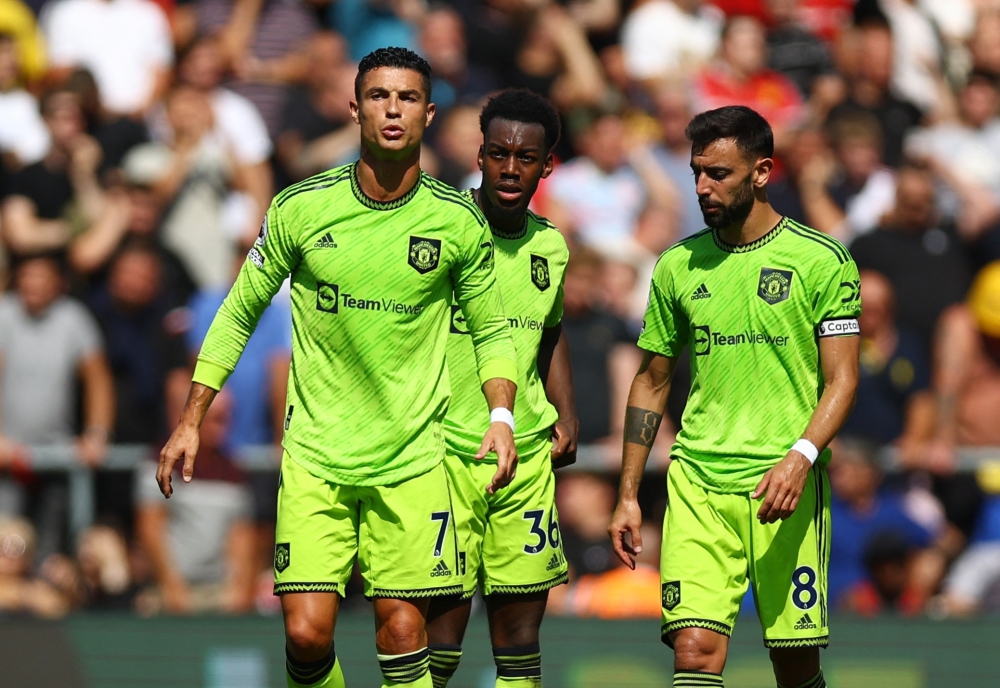 Manchester United continued its awakening and returned with a second successive victory from Southampton 1-0, Saturday, at the opening of the fourth phase of the English Football League, in the first participation of its new Brazilian midfielder Casemiro, while the veteran Portuguese star Cristiano Ronaldo sat as a substitute once again.
After two disappointing losses at the beginning of the season against Brighton and Brentford, United beat rivals Liverpool 2-1 last Monday, then returned with points from Southampton to temporarily rise to sixth place.
It is true that United did not show the same strength as the Liverpool match, but he did enough to snatch the points.
This is the first time United have kept a clean sheet away from home since December and the first time to achieve two consecutive wins since February.
And his new Dutch coach, Eric Ten Hag, pushed the same starting lineup that played the Liverpool match, leaving striker Ronaldo, the best player in the world five times, and international defender Harry Maguire on the bench.
This decision puts the future of Ronaldo (37 years) with United in jeopardy, a few days before the closing of the summer transfer window, especially in light of the player’s desire to enter the Champions League, which United failed to qualify for its competitions.
The center player Casemiro, who comes from the European champions Real Madrid, also sat on the bench before entering the end of the match, after he presented it to the club’s fans on Monday.
United were close to scoring in the 19th minute, but missed a three-way opportunity alternated by Portuguese Bruno Fernandes, young Swede Anthony Ilanga and Danish Christian Eriksen.
On the other hand, there was an opportunity for the host, who wasted it over the Spaniard David de Gea’s crossbar from close range, the tall young German defender Armel Bella-Kuchap (31).
United advanced early in the second half, after a beautiful cross from the Portuguese Diogo Dalo, followed by his compatriot Fernandes, a beautiful plane with the sole of the foot in the far right corner of the goalkeeper, scoring his first goal this season (55).
Then their compatriot Ronaldo entered, but he did nothing in the last third of an hour, while Casemiro participated in the last ten minutes.
Saturday will witness the matches of the major clubs, Chelsea plays with Leicester City, Liverpool with Bournemouth, Manchester City, the defending champion, with Crystal Palace, and Arsenal, the leaders, with three full victories with Fulham.