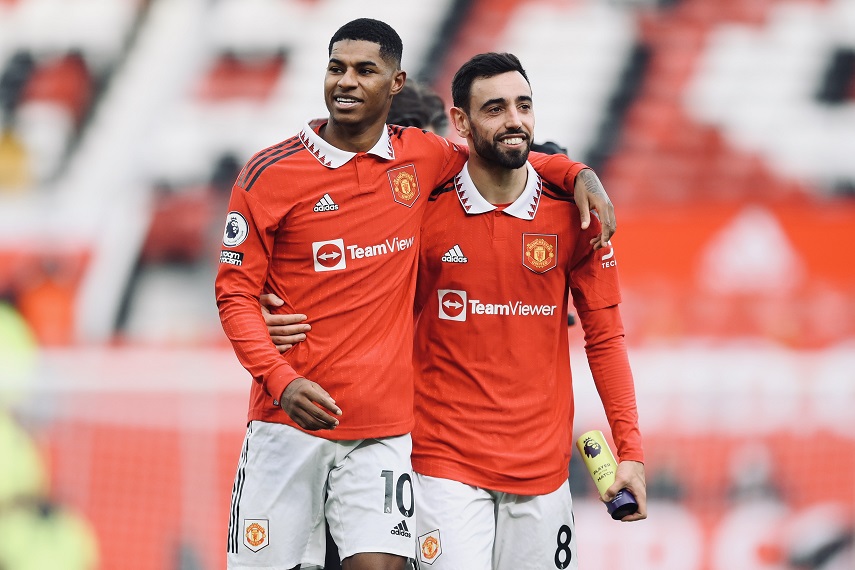 Manchester United crowned its current brilliance by overturning its delay in front of its guest and arch-neighbor Manchester City, the defending champion, to a 2-1 victory, on Saturday, in the opening of the twentieth stage of the English Football League.

United hit several birds with the stone of victory, so it temporarily rose to third place (38 points), a point behind City II, and entered itself with its fifth successive victory in the list of candidates for the title, as it is six points away from leaders Arsenal, who play Sunday at the land of their neighbor in north London. spurs. United also avenged for its cruel loss in the first leg, 3-6.

Despite being late half an hour before the final whistle, Marcus Rashford, despite his injury, led the red team to turn the tables on City, and the host scored two goals within four minutes in the last quarter of an hour, preventing Citizens from clamping down on Arsenal (44).

However, Dutch coach Eric Ten Hag calmed down the competition for the title and said after the victory, “The fans dream of this, but we cannot. We must keep our feet on the ground. We’ve improved and it shows. But there is still a long way to go and many aspects of our performance need to be improved. We are progressing, that is clear.