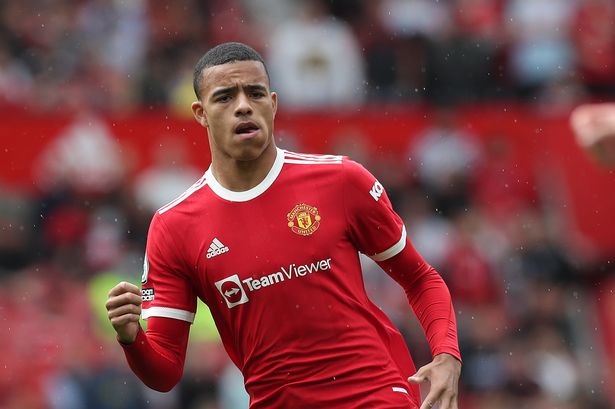 Manchester United striker Mason Greenwood will remain on bail until mid-June as part of a rape investigation.
The 20-year-old was arrested in January after photos and videos spread on the Internet. He was also questioned on suspicion of making death threats.
He was released on bail that was due to expire Saturday.
In an update on the investigation, Greater Manchester Police said Friday: “We continue to investigate a report sent to us on Sunday 30 January regarding images and videos posted on social media by a woman reporting incidents of physical violence.”
“The 20-year-old, who was arrested that day on suspicion of raping, assaulting and threatening to kill a woman, is still on bail,” she added.
And she added, “A request has been submitted to the courts to extend his release on bail beyond Saturday, April 30, but the hearing is not expected to take place before mid-June. The suspect will remain on conditional bail until the court hearing.”
Within hours of the viewer appearing online, his club banned him from playing or training with him until further notice.
Nike, the leading sportswear and accessories company, suspended its deal with him, while video game developer EA Sports removed him from the FIFA 22 game.
Greenwood wore the England shirt once, in September of the year 2020, but he and Phil Foden, the Manchester City player, were excluded due to violating the protocols related to the Corona pandemic. He has not been called up since then to the “Three Lions” team, while Foden has returned.