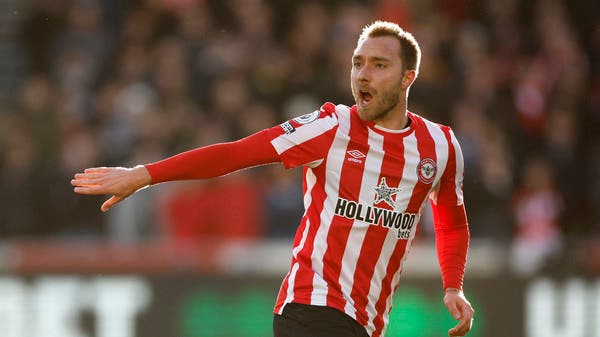 Press reports in England revealed that major clubs are seeking to include Danish international Christian Eriksen, who had collapsed horribly during his country’s match against Finland nearly a year ago.

And the British newspaper, “Sunday Mirror”, wrote on Sunday that Manchester United, led by its new Dutch coach, Eric Ten Hag, strongly desires to include the 30-year-old midfielder.

It was also reported that Eriksen could return to Tottenham.

During the match between Denmark and Finland in the European Nations Cup on June 12 last year, Eriksen suffered a heart attack, which resulted in him falling unconscious on the field during the first half of the match.

After his recovery, Eriksen was not allowed to continue playing at his former club, Inter Milan, after he was fitted with a pacemaker. The player moved in February to the English club Brentford, then returned to his country in March, and was among the starting line-up that played against France on Friday in the European Nations League.