Mane asks for equality with Salah .. and Liverpool refuses 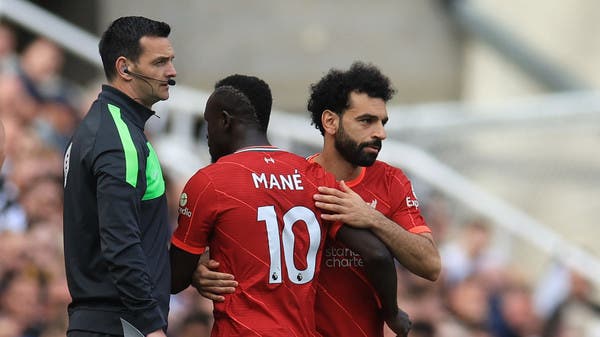 A press report revealed that the chances of Senegalese Sadio Mane renewing his contract with Liverpool are dwindling, especially after he requested a salary of 400,000 pounds per week, that is, the same salary requested by his Egyptian colleague Mohamed Salah, which the Liverpool administration does not want to pay because of the team’s salary ceiling.

And the British newspaper, “Mirror”, indicated that Bayern Munich is preparing to make an offer to its counterpart Liverpool worth 20 million euros in order to contract with the Senegalese international, and give him 325,000 pounds per week, which is more than what he currently receives with Liverpool.

The report confirmed that Mane’s position is similar to that of his colleague Salah, as the duo will complete their 30th year this summer, and realize that the next decade will be the biggest in their football career.

Mane asked to equate him with Salah and get 400,000 pounds per week in his new contract, but the “Reds” management is not ready to pay those numbers and wants to maintain the salary ceiling among its players.

The newspaper explained the system of calculating wages for Jurgen Klopp players, for example, if Van Dyck is the one who gets the highest salary in the team at 220,000 pounds per week, this is without calculating the winning bonuses and tournaments, the club’s management does not mind giving a larger percentage and increasing the titles rewards to Salah and Mane However, their basic salary will not exceed the permissible limit.

And according to “The Athletic”, Salah does not want to play outside England, and if the Liverpool administration does not accept his conditions, he will go to one of the team’s competitors to continue playing in the English Premier League, and the team management did not talk with its player about his new contract six months ago, and their last conversation witnessed a difference. The viewpoint is significant, as officials want to increase the salary of the captain of the Egyptian national team by only 15%.

Salah scored 31 goals in 51 games with Liverpool in all competitions this season, winning the Premier League top scorer award and passing 16 assists to his teammates, while Mane scored 23 goals and made 5 others in the same number of matches.