Mane: Bayern Munich is the right place at the right time 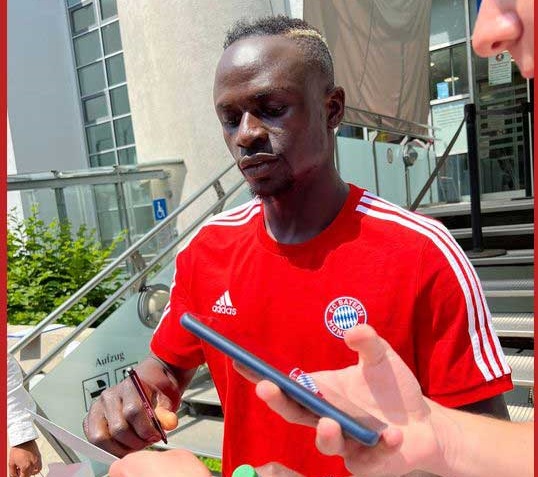 Senegal striker Sadio Mane said on Wednesday that his imminent move to Bayern Munich from Liverpool was the right decision at the right time because the German champions had the best plan for him.

Reports stated that Bayern, who won their tenth consecutive Bundesliga title last season to extend their record, agreed to a deal worth about 40 million euros, including additions to obtain the services of the 30-year-old, who had a year left on his contract with Liverpool.

Mane arrived in Munich on Tuesday for a medical and was seen wearing a Bayern shirt as he left the medical centre.

The club is expected to officially announce the deal later on Wednesday.

“Challenges are part of my life,” Mane told Bild newspaper. “When my agent first informed me of Bayern’s interest, I was very excited.

“I didn’t think twice about it. For me I think Bayern is the right club at the right time. It’s one of the biggest clubs in the world that always fights for all the trophies.

“I saw myself in Bayern’s plan more than any other club.”

Mane will leave Anfield after playing 269 games, scoring 120 goals in all competitions and helping Liverpool win the Champions League in the 2018-2019 season and the English Premier League a season later.

The striker is set to become Bayern’s third deal before the start of the new season, after the arrival of Ajax Amsterdam duo Ryan Grafenberg and Nassir Mazraoui.

Bayern won its tenth consecutive title in the German League, but failed to overcome the quarter-finals of the European Champions League.

Mane was one of Liverpool’s most prominent players last season, as he scored 23 goals to make Jurgen Klopp’s team double the local cup and compete for the Premier League title until the last minute before Manchester City settled it. (Prepared by Ashraf Hamed for the Arab Newsletter)