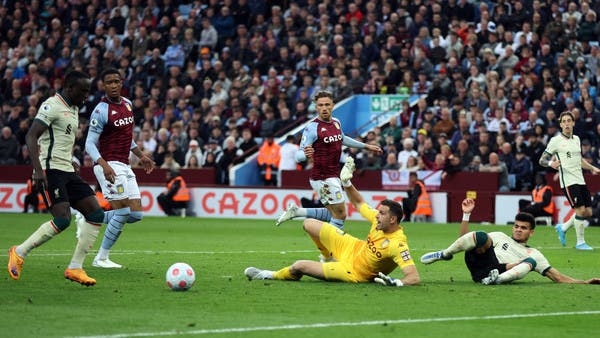 Liverpool kept their hopes limited in the competition for the English Premier League title with a difficult victory over its host Aston Villa 2-1 on Tuesday in the postponed match of the 33rd stage.

Brazilian Douglas Luiz advanced with an early goal for Aston Villa in the third minute, but after only three minutes, Joel Matip equalized for Liverpool.

In the second half, Senegalese international striker Sadio Mane took the lead and scored the winning goal for Liverpool in the 65th minute.

Liverpool’s efforts to compete with Manchester City for the title were hampered after they drew in the last round with its guest, Tottenham, with a goal each.

Liverpool raised its score to 86 points from 36 games in second place, with a goal difference only behind leaders City, which played 35 games, while Aston Villa stopped its score at 43 points in eleventh place.

Manchester City can return to the lead through the confrontation that brings it together with its host Wolverhampton on Wednesday.