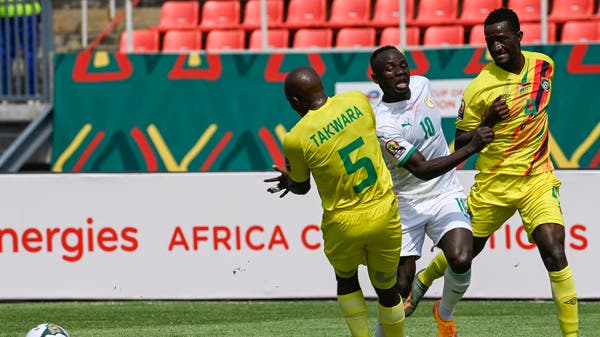 The Senegalese team won a hard-fought victory at the beginning of its campaign in the 2021 Africa Cup of Nations in Cameroon, and beat Zimbabwe 1-0 on Monday at the “Kwekong” stadium in Bafoussam in the first round of Group B matches.

The winning goal for Senegal came in the fifth minute of stoppage time for the match, scored by Liverpool star Sadio Mane, from a penalty kick.

Later today, the same group will witness the meeting of the Guinea national team with Malawi at the same stadium.

The Senegalese team escaped from the goalless draw, which would have been a great shock at the beginning of his career, as he is one of the strong candidates in the current tournament.

The Senegalese team had lost to its Algerian counterpart 0-1 in the final of the last edition of the African Championship hosted by Egypt in 2019, and had previously reached the final in 2002.

As for the Zimbabwean team, it has never surpassed the group stage in its record of participation in the African Championship, and it performed a convincing performance in today’s match and approached the net of the Senegalese team on more than one occasion, but received the shock of hitting the net with a penalty kick in the last seconds.

The Senegalese team imposed its control and offensive superiority significantly during the first half hour of the match, but the Zimbabwean team entered the atmosphere of the meeting after that and exchanged with its opponent periods of possession and offensive pressure.

The Senegalese team pressed hard in the deadly time to get a penalty kick in the fourth minute of stoppage time due to Kelvin Madzungwe saving the ball with his hand, and the referee returned to the Video Assistant Referee System (VAR) before confirming the decision.

Sadio Mane advanced to take the penalty kick and put the ball in the net to give the Senegalese team three important points in its first match in the group stage.