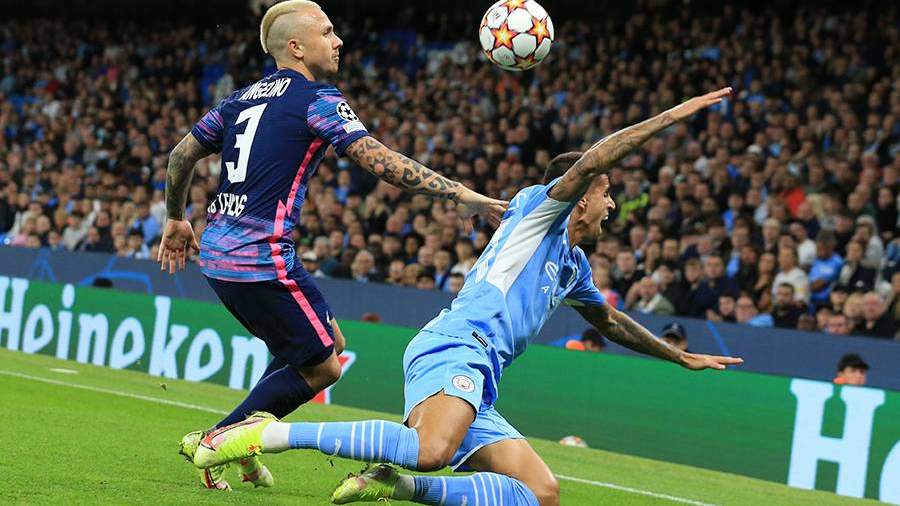 English “Manchester City” beat German “RB Leipzig” (6: 3) in the match of the first round of the group stage of the Champions League. The meeting took place at the British Etihad stadium. This was reported on Wednesday, September 15, by the Sport-Express edition.

All three goals of the German club were scored by Christopher Nkunku and thus made a hat-trick. From the side of Manchester City, goals were scored by Nathan Ake, Riyad Mahrez (penalty), Jack Grealish, João Canselo and Gabriel Jesus, while Nordi Mukiele sent the ball into his own net.

The guests played in the minority since the 79th minute after Angelinho was sent off.

The main referee of the meeting was the Dutchman Serdar Gezubyuk.

As a result of the match, Manchester City scored three points and topped the table in Group A. Leipzig have no points and last place.

Zenit lost 0-1 to Chelsea in the first leg of the Champions League on 14 September. The only goal was scored by Belgian Chelsea striker Romelu Lukaku. He scored the ball into the opponents’ goal in the 69th minute.

In the next round of the Champions League, Zenit in St. Petersburg will host Malmo. The game is scheduled for September 29th.

Last season, Chelsea London won the UEFA Champions League. The players of the English club in the final match beat their compatriots from Manchester City with a score of 1: 0.

Previous articleDiana Sánchez on challenge to Gabriela Herrera: “That they don’t look for me because they already know how I am”
Next articleThe Security Council urges Egypt, Ethiopia and Sudan to resume the Renaissance Dam talks

ABOUT US
The News Glory: Get up to date latest breaking news from India and Global including current headlines on business, politics, entertainment and many more.
Contact us: [email protected]lory.com
FOLLOW US
Copyright © 2021 The News Glory. All Rights Reserved