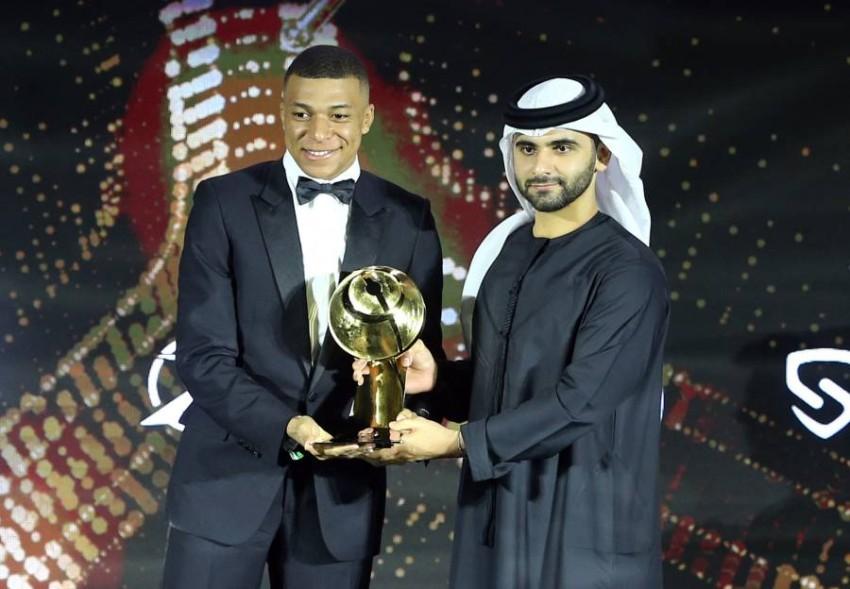 His Highness congratulated the winners, wishing them to achieve more achievements and to be an example in motivating young players in various countries of the world, encouraging them to adopt sportsmanship and high sports ethics, and preserving the principles of honorable competition that unite all athletes in various sports, the most important of which is football. Football, with its immense popularity around the world, remains the role model and role model for millions of their fans around the world.

Mattar Al Tayer, Vice Chairman of the Dubai Sports Council, participated in the honor, and the conference and ceremony was held for the second year in a row at the Armani Hotel in the “Burj Khalifa”, in the presence of the Secretary-General of the Dubai Sports Council Saeed Hareb, the Secretary-General of the Abu Dhabi Sports Council Aref Al-Awani, and a number of Emirati football stars Arabs and internationals, a number of members of the Dubai Sports Council, sports federations, boards of directors of clubs, football companies in the country and sports institutions, as well as honorees and representatives of local and international media.
During the conference, the global football evening began with a star session that brought together two of the most important global football stars, Robert Lewandowski, Bayern Munich striker and captain of the Poland national team, and French Kylian Mbappe, the star of France and Paris Saint-Germain, and the most important young striker in the world today.
The two stars reviewed their views on various football issues, the stages of forming a hero and building a successful personality, and the ability to achieve achievements for clubs and teams, starting from the first stages of playing to the crowning of the most important and biggest tournaments, building successful teams and the way professional players deal with those around them, coaches, technicians, arbitrators and the media.
The session touched on the applications of modern technology and artificial intelligence used in the world of football, and techniques that enable players to develop their skills and provide the best performance in matches. The session also shed light on the most important stations in the successful professional journey of the two international stars, and their way of facing the challenges that confronted their sports career.
Within the Dubai Globe Soccer Awards 2021, the French Kylian Mbappe won the “best player in the world” award, according to the vote of the audience that participated in the selection of the winners, and through more than five million fans from different countries of the world, while the Polish Robert Lewandowski won two awards that reflected his wide audience and his skills. The big one, where he won the “Best Player in the World” award, chosen by TikTok fans around the world, and he won the “Best Goal” award for 2021, which is the special award named after the world football legend Maradona, the former honorary ambassador for sports in the Dubai Sports Council. .