Mansour bin Mohammed: Dubai continues to consolidate its position as an advanced sports center with its advanced capabilities 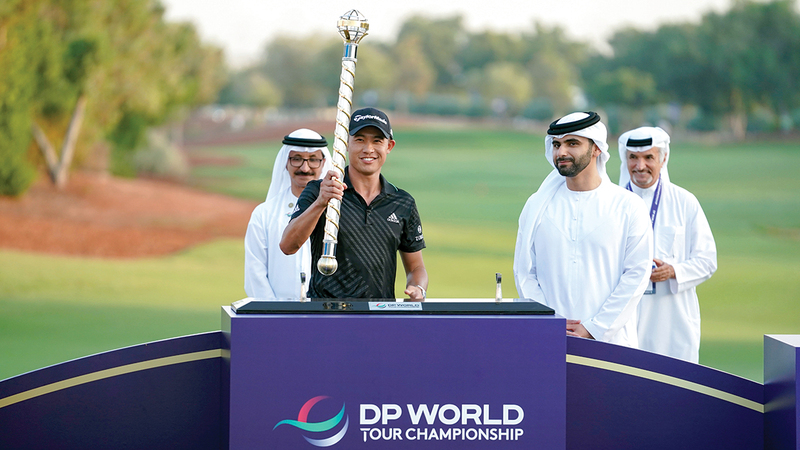 His Highness Sheikh Mansour bin Mohammed bin Rashid Al Maktoum, Chairman of the Dubai Sports Council, confirmed that the emirate continues to consolidate its position as an advanced sports center, with its advanced capabilities that have resulted in a long journey of investment in enhancing its sports capabilities, with the support and encouragement of the rational leadership, and the subsequent establishment of the best structures Infrastructure and world-class sports facilities for various types of sports, especially golf, as Dubai has become at the forefront of the global destinations where the global champions of the game seek to compete for the titles of the championships held on its soil, to win the prizes of the largest international championships.

This came during His Highness’ attendance of the final day’s competitions of the 13th edition of the DP World Golf Championship, whose prizes amount to nine million dollars, and His Highness crowned Colin Morikawa, the winner of this tournament, at a time when the European Tour included 42 championships in 23 A country around the world, called “The Race to Dubai”, Dubai hosts three of them: the Dubai Omega Desert Classic, the Dubai Golf Championship, and DP World Golf.

His Highness said: “We are pleased to host Dubai for the 50 best golfers in the world, who were keen to attend the competition for the grand prize of the tournament, and that the end of the European tour in Dubai and on one of the best stadiums in the world will be the great attendance of the game’s stars in the final round of the tournament, with more follow-up. Of 40,000 spectators, it reflects the extent of confidence in Dubai’s ability to host and organize the most powerful international tournaments in various sports, and enhances the position of the UAE in general on the global sports map.”

• Follow-up of more than 40 thousand spectators, which reflects the extent of confidence in Dubai’s ability to host and organize the most powerful tournaments.