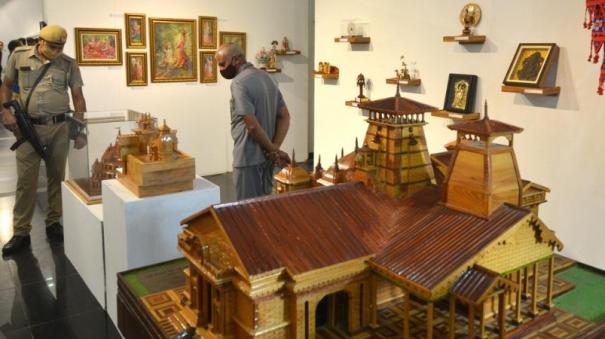 New Delhi: Many competed to bid online for the 1,200 items gifted to the Prime Minister. You can bid on it till October 2.

Prime Minister Narendra Modi’s gifts are auctioned online every year. The proceeds will be used for the Navami Ganga project. Similarly, on the occasion of Prime Minister Modi’s 72nd birthday, 1,200 items gifted to him were auctioned yesterday at 10 am on pmmementos.gov.in.

Modi’s NCC Alumni ID Card, Ayodhya Ram Temple models, and Chess Tampi model statue given to him in memory of Chennai Chess Olympiad were auctioned online by many people. All these items were listed in the ‘high bid’ category.

NCC directorate in Gujarat presented a commemorative award to Prime Minister Narendra Modi in 2021. It was an Alumni ID card with Modi’s photo. 20 people had bid for it till 11 am yesterday.

A number of Ayodhya temple models were gifted to the Prime Minister. One of them was gifted by Uttar Pradesh Chief Minister Yogi Adityanath. Many people had bid for these too. The base price of the Ayodhya temple model weighing 6 kg was fixed at Rs.10,800.

30 people had bid for the metal conch and chess brother statue till 11 am yesterday. A sword, decorative sword, Ashoka symbol, Nataraja statue, elephant statue and wooden chessboard were also up for auction.