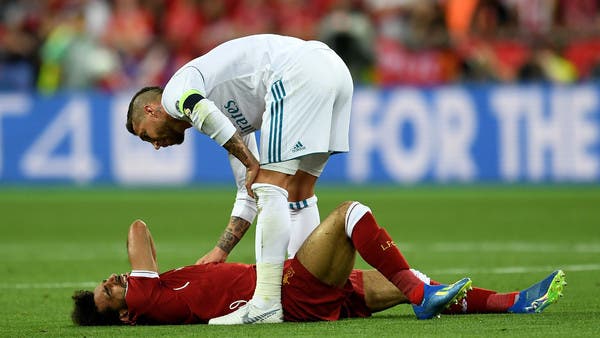 The Spanish “Marca”, on Thursday, shed light on the Tokyo Olympic Football Tournament draw, which is scheduled to be held in the Japanese capital next summer.

The newspaper stated on its website that Sergio Ramos, Real Madrid defender, could face Mohamed Salah, the Liverpool star, in the Olympic Games.

Egypt and Spain were drawn into Group C, along with Argentina and Australia.

Marca said in a report on its website: Football players can participate in the tournament until the age of 24, due to the postponement of the games last year, and any team can include three players over the age of 24, which means that we can see another confrontation between Sergio Ramos and Mohamed Salah in the Tokyo Olympics, where the Spanish national team is scheduled to summon the captain of Real Madrid, and the same applies to Egypt, where Salah is expected to be included.

Real Madrid qualified for the Champions League semi-finals at the expense of Liverpool, after beating him in the first leg with a score of 3-1, and the second leg ended in a goalless draw, but the two matches did not witness Ramos’ confrontation against Salah, due to the injury of the Spanish star.

Ramos had injured Salah and drove him out of the first half in the 2018 UEFA Champions League Final, which was won by the Spanish capital.