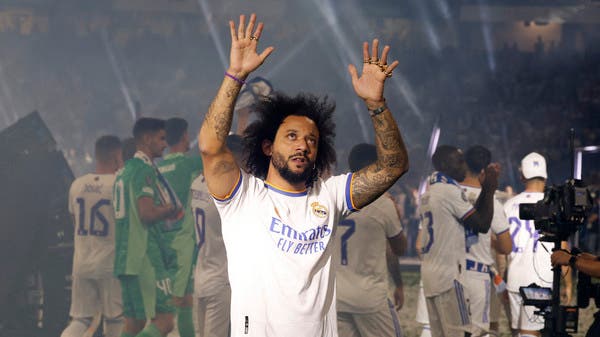 The famous Brazilian defender Marcelo bid farewell to the Spanish club Real Madrid, on Monday, in the presence of the club’s president, Florentino Perez, after 15 years spent by the player in the team.

Marcelo, 34, leaves the royal team after he became the most successful player in history with the team, as the player passed the balance of the legend Paco Gento with Real, when he crowned the Spanish League title last season to be his 24th title with the team, before strengthening this balance with the title Champions League to raise his tally to 25 titles with Real.

Marcelo won these two titles with Real as captain of the team, after taking the armband to succeed the famous Spanish defender Sergio Ramos, according to the news agency “Europe Press” on Sunday.

Marcelo had moved to Real Madrid at the end of 2006 hoping to achieve a great career like his compatriot Roberto Carlos, and he started his participation with the team in January 2007.

Marcelo played 545 games with Real Madrid, becoming the eighth player to play the most matches in the club’s history.

Russia helped Armenia and Azerbaijan agree on a highway through Syunik