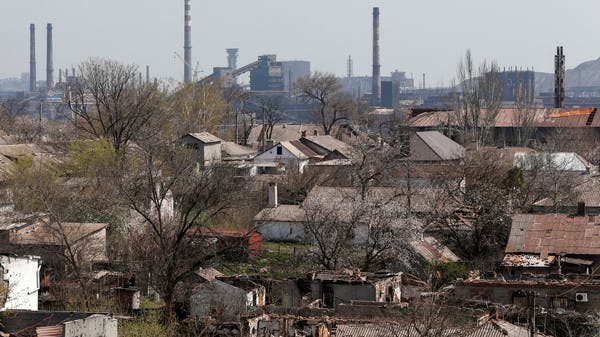 Today, Saturday, Russian media reported that 25 people, including 6 children, left the Azovstal steel plant, which is still the last stronghold of Ukrainian forces in the city of Mariupol.

To this, the Russian “TASS” and “Novosti” agencies reported that a group of civilians left the Azovstal steel plant on Saturday.

It is noteworthy that the sprawling Azovstal complex, a large part of which was destroyed by Russian bombing, is the last enclave in which the organized Ukrainian resistance is holed up in Mariupol. It is estimated to house about 2,000 Ukrainian soldiers and 1,000 civilians in bunkers under the destroyed building.

Surrender is a condition of exit

The United Nations announced that Secretary-General Antonio Guterres and Russian President Vladimir Putin had agreed to arrange evacuations from the factory during this week’s meeting in Moscow with the participation of the United Nations and the International Committee of the Red Cross.

However, the discussions, according to the United Nations, were about civilians, not combatants.

It is noteworthy that the city of Mariupol overlooking the Sea of ​​Azov has formed since the start of the Russian military operation on the lands of its western neighbor, on February 24, a strategic goal for Moscow, since its control will open a land corridor for the movement of Russian forces between eastern Ukraine and Crimea, which Moscow annexed to its territory in 2014. .