Martinez: PAOK’s offer will not tempt me to leave the unit 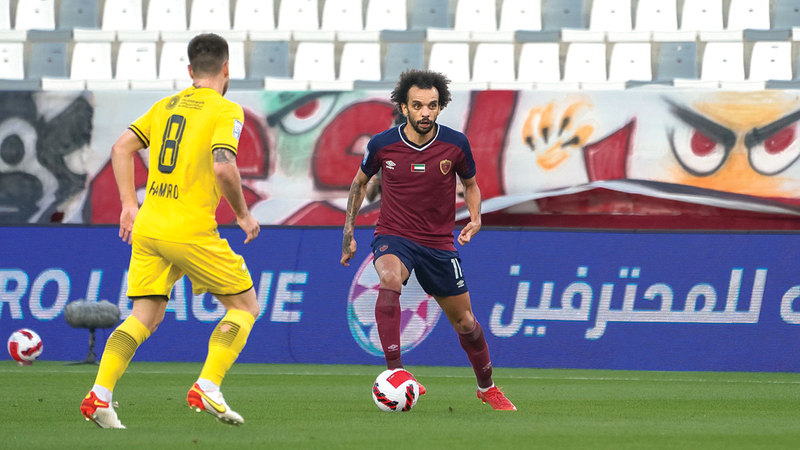 Al-Wahda player, Portuguese Fabio Martinez, confirmed that he is not considering accepting the offer made by the Greek club PAOK to sign him during the current transfer period, stressing his adherence to continuing with Al Annabi next season.

Martinez told the Portuguese newspaper “Abola” that he respects his contract with Al Wahda Club, explaining: “I do not have much to say about the offer made by the Greek club PAOK to sign me, as I am very happy here in the Emirates, and I respect my contract with Al Wahda, and I am not thinking of leaving. About the team in the current transfer period.

He added, “PAOK is a very good team competing for championships, and it has distinguished players such as Nelson Oliveira, Zivkovic and Felipe Soares, but I also play in the ranks of a team that is fighting to win titles, and I have a great desire to continue my career with Al-Wahda to win championships next season.”

He continued, “I am completely satisfied with my personal life in the Emirates, and the same on the professional level, and certainly I will return to play in one of the European leagues in the future, but my focus is currently with Al Wahda Club.”

It is noteworthy that Al Wahda contracted with Fabio Martinez during the summer transfer period of last season from Braga, Portugal, for three million euros, with a contract that extends until June 2023. He was substituted in eight matches, scored nine goals, contributed to one goal, scored a penalty kick, scored 30 balls with an accuracy of 21 balls towards the goal, and scored seven goals from inside the penalty area and two goals from outside the area.

“I am completely satisfied with my personal and professional life.”

He was replaced in 8 matches.

Contributed to achieving one goal.

He scored a penalty kick.

Shoot 30 balls with an accuracy of

21 balls towards the goal.

He scored 7 goals from within

Scored two goals from outside the area.