Marzouq Al-Ghanim: Coordination between Kuwait and the UAE will remain at its highest levels 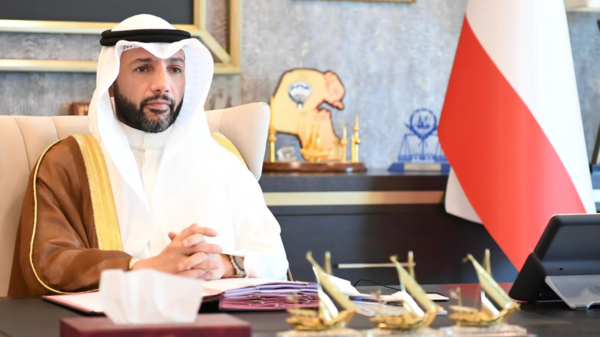 Today, Friday, Kuwaiti National Assembly Speaker Marzouq Al-Ghanim offered condolences to the people of the Emirates on the death of Sheikh Khalifa bin Zayed, adding, “We will not forget that the UAE opened its homes to us during Iraq’s occupation of Kuwait.”

He added, during an intervention with Al Arabiya, that Kuwait’s relations with the UAE and with the rest of the Gulf Cooperation Council are very special, pointing out that coordination between Kuwait and the UAE will remain at its highest levels.

Today, Friday, Bahraini Minister of Information, Ali bin Muhammad Al-Rumaihi, affirmed that the approach of the rulers of the Emirates and Bahrain is based on peace, goodness and tolerance, stressing that the relationship of Bahrain and the UAE comes within the framework of the strength of the relations of the Gulf Cooperation Council countries.

During an intervention with Al Arabiya, he offered condolences to the rulers, government and people of the Emirates on the death of Sheikh Khalifa bin Zayed, stressing the great role of the late president in the UAE’s success march.

Announcing the death of Sheikh Khalifa

And earlier today, the Emirates announced the death of the President of the State, Sheikh Khalifa bin Zayed. And the Ministry of Presidential Affairs wrote on its Twitter account: “We mourn to the people of the UAE, the Arab and Islamic nations, and the whole world, the leader of the nation and the patron of his march, Sheikh Khalifa bin Zayed Al Nahyan, the President of the State, who moved to the side of his Lord, satisfied and satisfactory today, May 13.”

It also announced official mourning and flags at half-mast for a period of 40 days, starting today.

And it stated that work in ministries, departments, federal and local institutions, and the private sector will be suspended for 3 days, starting tomorrow, Saturday.