Masfout coach: The team made many gains in the outside camp 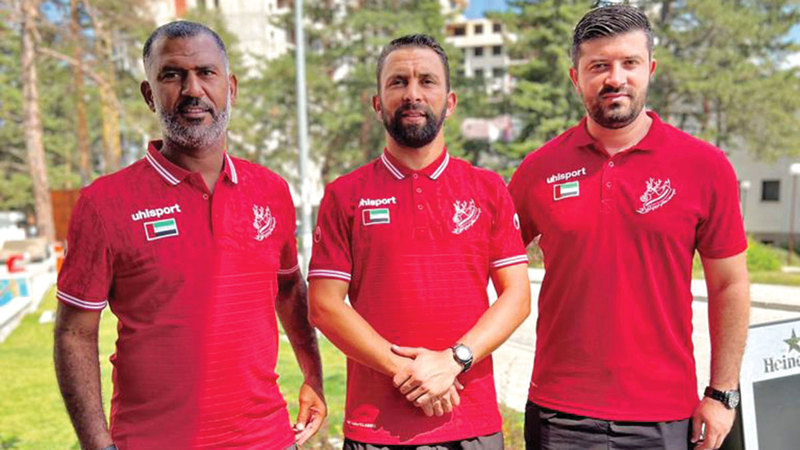 Masfoot coach, Algerian Fouad Boumdel, said that “the team made many gains in the external camp that it concluded yesterday in Serbia.”

Boumdel told “Emirates Today”, “One of the most important gains achieved is the development of the physical side of the players, taking advantage of the cold climate in the mountainous city of Zlatibor in Tuzla, Serbia, which gave an opportunity to develop the players’ physical readiness.”

Regarding the team’s players, he said: “We have looked at the technical capabilities of the players, whether they are foreigners, citizens or residents, and some players who were unable to prove themselves in the external camp will be dispensed with and compensated with others. I thank the players for their efforts and patience for everything.”

He continued: “The team played three matches, including two matches with the Sloboda team, tied in the first (2-2) and won (3-0) in the second, and defeated a third-class team with two clean goals, noting that the training camp included training units. Many to create consistency and homogeneity between the players, according to the method in which the technical staff works, and try to see all the players and find out the details in all aspects of the individual defensive and offensive.

He added, “We took care of playing to win, although they are friendly matches, but they are important in developing the psychological aspect.”

Masfout hopes to achieve the required benefit when he competes next season in the Amateur Clubs League, which will witness the participation of 17 teams.

Masfout previously set up a camp in Serbia in preparation for the amateur season, which begins on September 10.