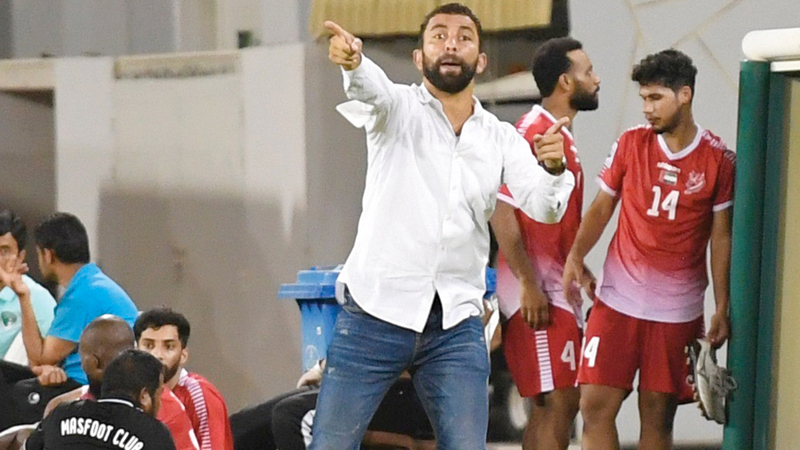 Masfoot coach, Algerian Fouad Boumdeil, revealed that the club seeks to strengthen its ranks in the next season in the first division, with two players from the Algerian league, the Algerian player of Wydad Tlemcen, Mohamed Amine Samahi and Mouloudia player Ayman Rahmani. He also indicated that the club is in the process of contracting with experienced and young citizens in the midfield, a playmaker, a striker and resident defenders.

Boumdeel told “Emirates Today”: “The physical and technical preparations have been launched in the stadiums of the Football Association in Dubai, where the team is holding a training camp under the supervision of a technical staff that includes with me both fitness coach Ayman Nawadri and guards coach Hussein Al-Harbi, and we look forward to playing seven friendly matches in preparation for participation. next season in the Premier League.

He added, “The technical staff of the first team is looking forward to achieving good achievements and reaching the farthest point in the league, and this is the goal we are working on, but this matter depends on the quality of the players who have been selected and their readiness for each match, taking into account the club’s financial capabilities in particular.”

He continued, “We are all insisting on achieving what the club’s management and fans aspire to, and we are working for that and we focus during the current preparations on employing the players in the required manner and creating consistency and harmony in all cases of playing between them, and how to play the matches so that the team is ready before the start of the competitions.”

Masfout had tied with Al Gharbia team with a goal each in the first friendly, while he lost to the Emirates with a clean goal, and he will play his third friendly with a Brazilian team residing in the country next Wednesday.