Mass protests began in Chisinau demanding the resignation of the authorities 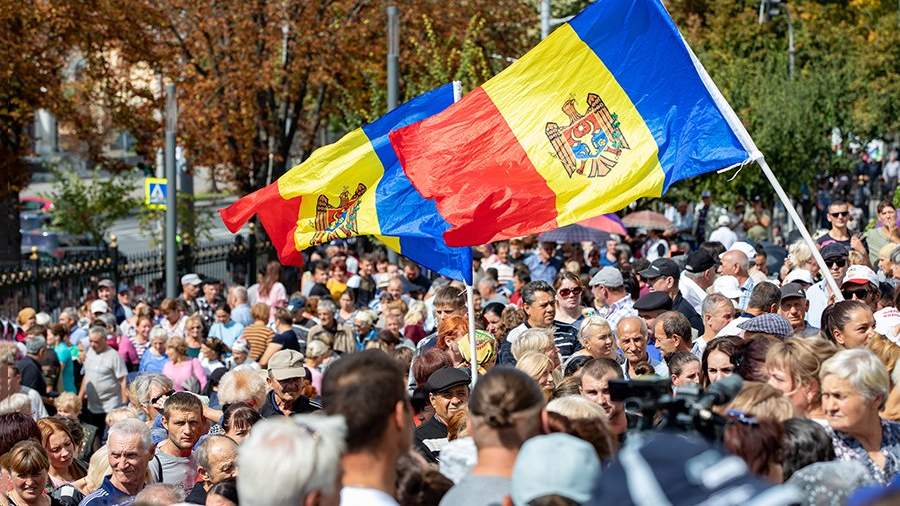 About 45 thousand people gathered on September 18 to protest in the capital of Moldova, Chisinau, demanding the resignation of the president, government and parliament. Izvestia showed footage of the protesters.

The protest is being carried out by the opposition Shor party, which wants to achieve the resignation of President Maia Sandu and early parliamentary elections.

The organizers announced their intention to set up tents and make the action open-ended.

“About 50 thousand participants were announced, according to information at this moment I have a figure of 44,720 people. I want to say that many buses were stopped, they were turned back, the police tried to disrupt our event, ”Valery Klimenko, one of the organizers, honorary chairman of the Shor party, told RIA Novosti.

It is also reported that traffic along the perimeter of the streets where the country’s parliament and the presidential palace are located is blocked.

On September 9, a supporter of the Shor party also held a protest action near the building of the administration of the President of Moldova. The demonstrators accused the authorities of the country of the failure of negotiations with Russia on gas supplies and called for the resignation of the authorities.

Earlier, on August 31, Maia Sandu called on the population of the country to reduce gas consumption as much as possible because of fears that in winter the prices for it will skyrocket to incredible levels, since the Russian company Gazprom could allegedly cut off the supply of blue fuel to the country.

On the same day, Deputy Prime Minister Andrei Spinu said that the Moldovan government would not be able to complete the audit of the debt to the Russian Gazprom until October 1. According to him, following a telephone conversation with the head of Gazprom, Alexei Miller, Moldova approved the volume of gas supplies for September. However, the Russian side extended the audit until October 1.

On August 28, Russian Senator Alexei Pushkov spoke out against gas supplies to Moldova. According to him, in response, the Russian Federation receives nothing but the strengthening of the pro-Western course of Chisinau: no gratitude, no change in policy.

On August 22, Gazprom allowed JSC Moldovagaz to defer payment of the advance payment for gas supplies in August until September 1. This is an “exceptional procedure” when a company can agree to such a request, Gazprom stressed.

On August 17, Moldovagaz disconnected more than 2,000 consumers due to non-payment of debt for the use of natural gas, as well as to avoid an increase in debt to Gazprom. At the same time, on August 4, the Moldovan National Agency for Energy Regulation increased gas tariffs for consumers by 23.6%, up to $1.1 thousand per 1 thousand cubic meters. m.