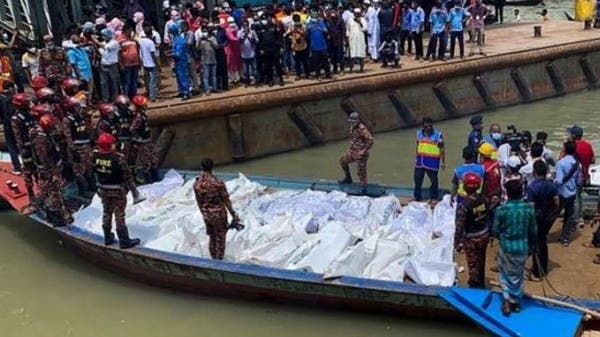 At least 37 passengers were killed and others were injured in a massive fire that engulfed a ferry on the southern Suganda River, Bangladesh fire services said on Friday.

The information added that the fire broke out at about 3 am on Friday on the ferry MV Avigan-10 off the coast of Galukati district.

Firefighting officer Fadel Al-Haq said that rescuers have so far recovered 37 bodies and rescued 72 injured passengers, noting that the rescue mission is continuing and the number of casualties is likely to rise.

There was no word on the cause of the fire.

Ferry accidents are common in the country, often blamed on overcrowding and lax enforcement of safety rules in Bangladesh, which is criss-crossed by about 130 rivers.

Ferries are an essential mode of transportation, especially in the southern and northeastern regions.

In April, 25 people died after a ferry collided with another vessel and capsized outside the Bangladeshi capital.