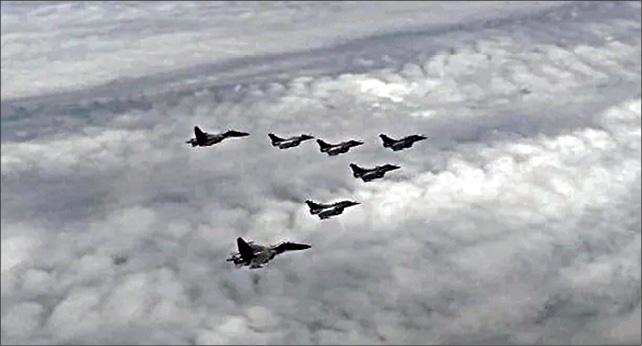 New Delhi: The Indian Air Force plans to conduct a large-scale combat exercise in the northeast of India, near the Chinese border, in the next few days.

The border issue between India and China has frequently cropped up in the last few years. In 2017, China was involved in the construction of a road along the Chinese border in Doklam. When the Indian soldiers prevented this, a clash broke out between the soldiers of both sides. Both sides’ armies withdrew their forces from the Doklam area after high-level talks.

In 2020, the Chinese Army objected to the construction of a road by India in the Kalwan Valley. In the conflict that took place, there were casualties on both sides. On December 9, a clash broke out between the armies of both sides in Tawang area of ​​Arunachal Pradesh. Some were injured.

Since the India-China border is not demarcated, incursions and aggression by the Chinese military take place frequently. China continues to increase its military presence in the Chinese border areas. Chinese President Xi Jinping recently met the soldiers here and advised them to be vigilant.

In response, India is also increasing its forces near the Chinese border. Indian Army and Air Force commanders have already said that they are ready to meet any situation.

The Eastern Regional Control Center of the Indian Air Force is located in Shillong, Meghalaya. It monitors the entire airspace in the Northeast. When Chinese warplanes try to approach the border area, the control center dispatches Indian warplanes to repel them.

In this case, the Indian Air Force is planning to engage in a large-scale combat exercise in the northeast near the Chinese border in a few days. It is named ‘Bralay’.

All the Air Force Bases in North Eastern Regions are to be used for combat training. In this, the Indian Air Force’s state-of-the-art Rafale and Sukhai fighter jets and transport aircraft are involved.

Also, the Indian Air Force has moved drone units from other parts of the country to the North-East. Through this surveillance is intensified in Sikkim and Siliguri regions.

S-400 in readiness: The Indian Air Force has deployed S-400 air defense missiles, which were supplied by Russia a few months ago, near the northeastern border. This missile has a range of 400 km. It is noteworthy that they are capable of shooting down the enemy’s warplanes and missiles in mid-air.