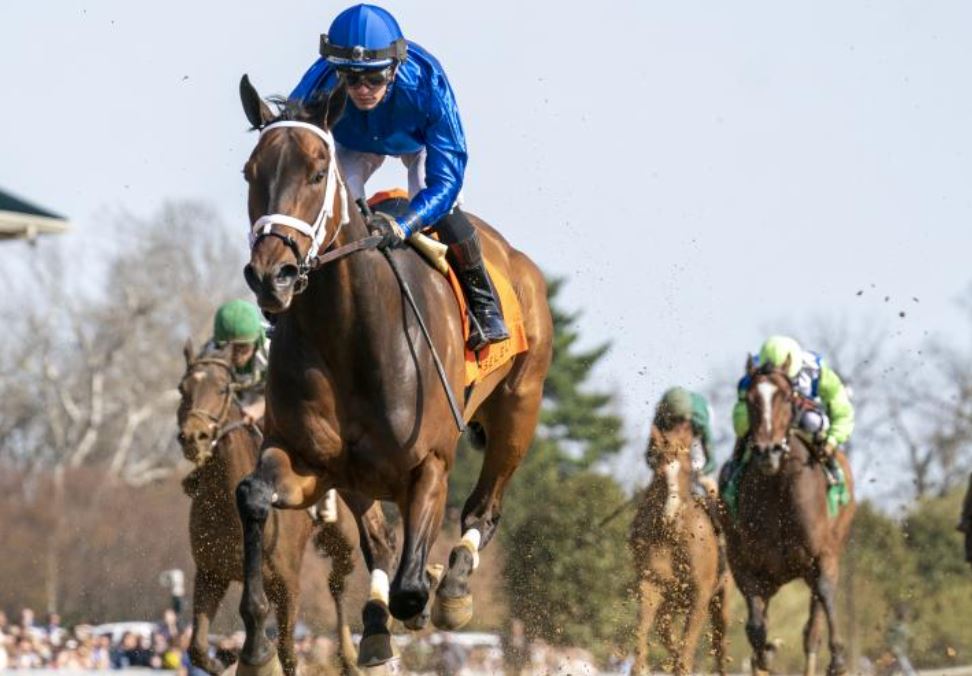 The filly, “Matreya”, with the “Godolphin” logo and under the supervision of coach Brad Cox, was crowned champion in the “Acorn Stakes” race dedicated to first-class “Group 1” fillies for a mile (1,600 meters) sand, which took place yesterday on the famous American “Belmont Park” track. Matria maintained her brilliant record at the age of three, and won her first victory in the world’s highest-ranked Group 1 race, and the fifth in her career, which was limited to eight participants.

Matriya, led by jockey Flavin Pratt, succeeded in dominating the Akon Stakes race, after tightening its grip early on the lead until entering the last turn, and then rushing strongly in the closing stages, and crossing the finish line in first place with a time of one minute 35 seconds and 77 Part of a second, by a large margin of six lengths and a quarter of length over the second-placed American skilled “Devin Hunters” under the supervision of coach H Graham Motion and led by jockey Louis Saez.