Maulana Masood Azhar not in Afghanistan, but in Pakistan: Taliban 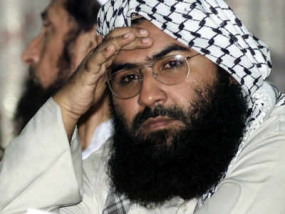 Kabul, September 14 (IANS). The Taliban government on Wednesday denied his presence in Afghanistan following Pakistan’s letter to Kabul to trace, report and arrest Maulana Masood Azhar, the chief of the banned outfit Jaish-e-Mohammed.

As reported by The News, Pakistan on Tuesday wrote to Kabul asking it to arrest the most wanted UN terrorist Jaish-e-Mohammed chief in India, which it said was somewhere in the Taliban-led country. is hidden.

In the letter, Pakistan has written that Azhar was probably living in two different Afghan provinces – Nangarhar and Kunar.

Taliban spokesman Zabihullah Mujahid said the head of the banned group was not in Afghanistan, but in Pakistan.

Islamabad formally banned Jaish-e-Mohammed on charges of terrorism on January 14, 2002, during the regime of General (retd) Pervez Musharraf in Pakistan.

As reported by The News, Jaish chief Azhar, being a suspected terrorist, also remained a part of Schedule 4 of the Anti-Terrorism Act 1999. He has reportedly planned several terrorist activities at different places.