May Bengal election; Tug of war between Congress, Left, ISF: Problem with asking for more seats? 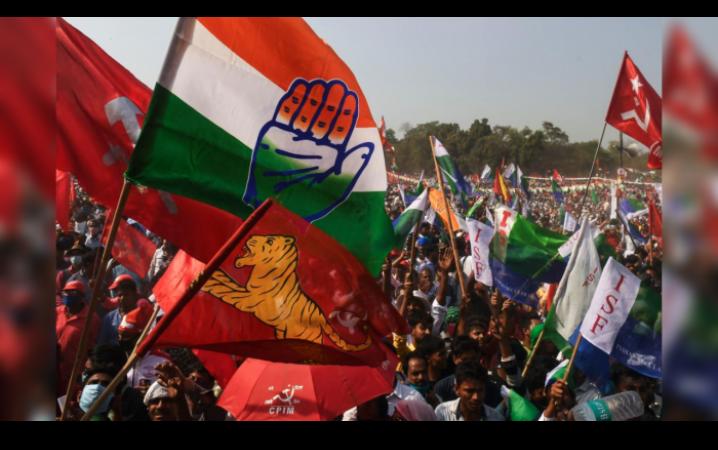 Leftists in West Bengal, Congress And the tug-of-war between the Indian Secular Front (ISF) continues. Thus all the 3 parties are having trouble announcing the candidates.

Legislative elections are being held in 8 phases for 294 constituencies in West Bengal. The first phase of the election begins on the 27th. The ruling Mamata Banerjee-led Trinamool will retain power for the third time in this election Congress The party is fighting hard.

At the same time, the BJP, which has been giving Mamata a severe crisis and challenges, has been plotting various moves to seize power. This election is expected to be fiercely contested by both parties.

Meanwhile, the Congress, the Left and the Indian Secular Front are forming a third party to contest the elections. But, as the problem of dividing more seats between these 3 parties persists, the problem of announcing candidates has arisen.

Including leftists, Congress With the division of constituencies between the two factions becoming more or less consistent, only the newcomer to the coalition, the ISF, is insisting on additional space.

about this Congress Leader Pradeep Bhattacharya said, “The ISF, which won 30 seats from the Left, needs more seats. Congress The party is also demanding seats. But, if we allocate extra space it will become a problem for us. Congress The party will get only 90 to 92 seats. It is not possible to exclude.

The division of seats between the coalition parties has not yet reached a smooth conclusion. Talks about the alliance between the Left and us have come to an end. But as the ISF continues to ask for more seats, the question arises as to whether it will withdraw from the coalition.

We have repeatedly told the ISF party that more seats cannot be allocated. No one knows about the organizational structure of that party. To put an end to this problem Congress State President Adir Ranjan Chaudhry is to hold talks. We are in a crisis where we have to talk quickly because there is less time. “

Trinamool names 291 candidates in West Bengal elections Congress Party leader Mamata Banerjee made the announcement yesterday. The BJP will also announce its candidates for the first phase of elections by today. But, Congress, Leftists It is in the alliance that the chaos continues.