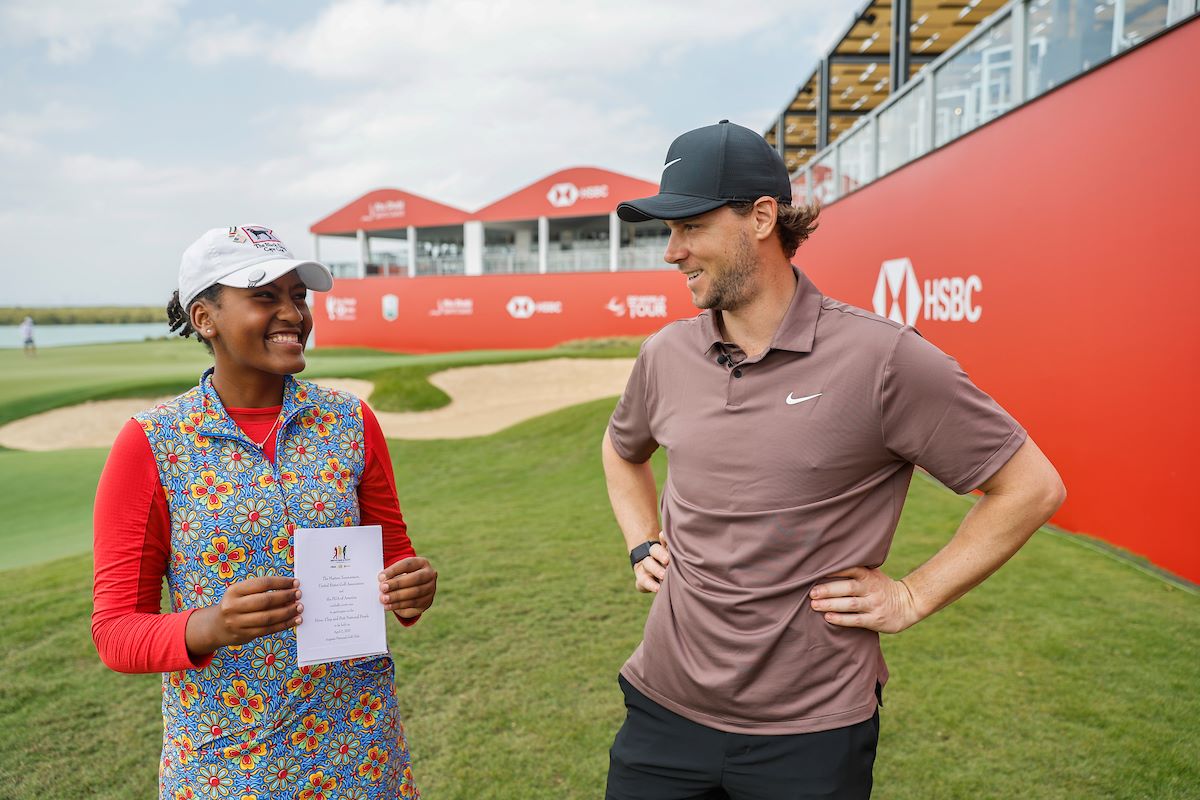 This week, promising golfer Maya Balanza-Godín received an invitation to participate in the Chip and Putt Finals, the annual event hosting elite youth golf, to be held at the Augusta National Golf Course in the US state of Georgia.

The invitation came on the sidelines of her participation in the Abu Dhabi HSBC Golf Championship, specifically after playing with defending champion Thomas Peters at Yas Links, where the 12-year-old player showed a high endurance despite the hustle surrounding the match on the field, in which he participated. Belgian Peters and Neil Graham, Director of Development at R&A for the Middle East and India, one of the most important investors in the game of golf around the world, and the presence of Khalfan Al Kaabi, Chairman of the Abu Dhabi Golf Club.

In detail, Maya opened the invitation envelope that was sent by courier from the United States, which included an invitation to participate in the ninth edition of the Master Tournament, which will start on April 2, and that participation will come after winning regional qualifiers in the United States.

Maya is one of the graduates of the local golf initiative and the Falcons of the Future program for the popular golf initiative, which focuses on attracting young talents from the community and aims to nurture the next generation of golfers in the United Arab Emirates. Yas Linux in 2021.