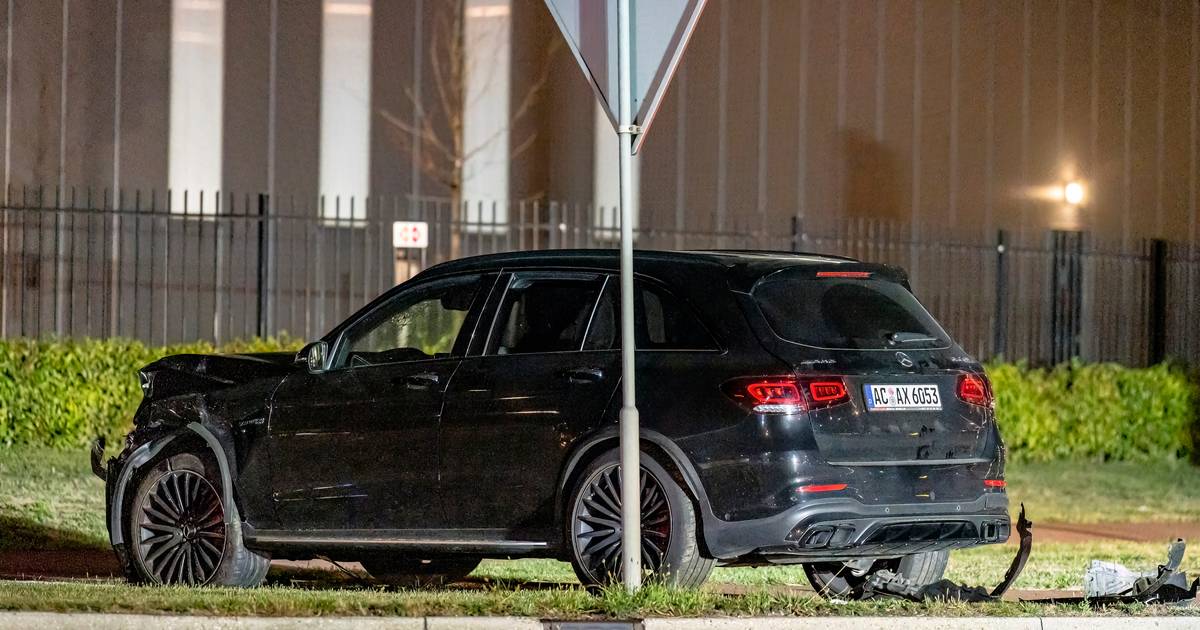 The mayors from West Brabant are fighting young motorists who tear through their area at high speed in German rental cars. The reason is the accident in Oud Gastel in which four people died.

“We have warned several times about this life-threatening phenomenon,” says mayor Han van Midden van Roosendaal, chairman of the West Brabant-West police district. “It had to go terribly wrong. Now our nightmare has come true.” Van Midden says this in response to the accident in which four people died in Oud Gastel on Friday: two adult women (39 and 42) and two children (8 and 10) from Bosschenhoofd.

According to witnesses, their car was rammed at high speed on Roosendaalsebaan by a Mercedes rented in Germany. The 27-year-old driver of the rental car has been arrested, according to the police, two young men are not suspects but ‘important witnesses’.

Action is being taken, the police know what’s going on, but unfortunately that’s not enough

The police and the judiciary have not yet released any information about the cause of the accident. The investigation is underway. The drama was the reason for mayor Van Midden to ‘immediately support’ his colleague Bernd Roks of the municipality of Halderberge, which includes Oud Gastel. Both drivers have repeatedly sounded the alarm about young drivers making the roads in their municipalities, and elsewhere in the Markiezaten police district, unsafe by ‘using them as a race track’.

“We have raised this life-threatening behavior several times in the triangular meeting with the police and the Public Prosecution Service, and they agree with us,” the mayors say. “There is action, the police know what is going on, but unfortunately that is not enough.”

Han van Midden was there himself a few months ago when the police arrested some young men from the city during a nighttime action in Roosendaal. ,,We had seen them driving through the city that evening in a super-fast rented Audi. Later that night they cruised through the center at high speed and the police stopped them. The car was immediately confiscated.”

Lawyers in the region also say they see a growing craze, for at least two years. They regularly assist young speed demons who receive high traffic fines or, for example, have to surrender their driver’s license. The offenders often rent their lightning-fast cars in Germany, because Dutch lessors (are not allowed to) give them those very expensive cars after a legal tightening. Rents in Germany are also much lower.

The speed demons often use a rental construction with Dutch intermediaries, according to the mayors. These are usually shadowy car companies from the region that rent the vehicles in Germany and then rent them out, for example for a weekend, week or month. Exactly as has been done for years in the drug industry for the transport of narcotics and raw materials, the administrators say. In that sense, they also fear interfaces with organized drug crime.

According to experts, the stratified rental construction is building up a legal cushion: (flashed) fines do not reach them immediately, but first the rogue broker. The tenants also benefit from repossession. “Justice must eventually return the car to the rightful owner, the German rental company. In the event of damage, that company has to recover the costs from the intermediary or their sub-lessees,” a lawyer from Brabant outlines.

Europcar, the largest car rental company in Germany, did not respond on Monday to a written question whether it is aware of the phenomenon and is considering measures. The concerned mayors want to get on with it. ,,Please with as many colleagues as possible. Impounding a car is therefore not enough, punishment alone does not help,” they say. The police and the Public Prosecution Service, who were unable or unwilling to respond substantively on Monday, are happy to cooperate, according to the directors. “But they need more control space and capacity, which is limited now,” the mayors say.

The 27-year-old suspect was arraigned in Breda on Tuesday. The question is what the officer will formally suspect him of. This can vary from, for example, causing a fatal traffic accident to multiple homicide. According to the Public Prosecution Service, the suspect drove ‘recklessly’.

Partly due to the major social impact of the accident, the police also deploy experts from the criminal investigation team in addition to the usual specialists from the Traffic team.