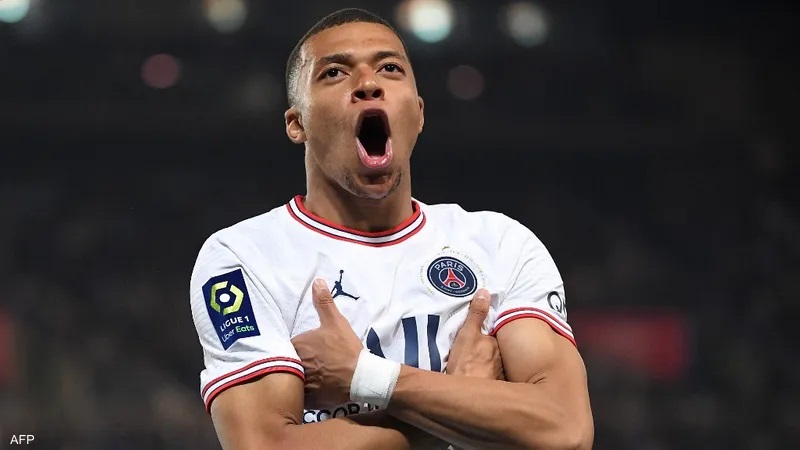 It is now up to Kylian Mbappe to choose between his current team, Paris Saint-Germain, who seeks to convince him to stay, and Real Madrid, who wants to include him, after the French star reached an agreement with the two clubs, according to what the Egyptian website Koora Plus quoted from the player’s mother.

Fayza al-Amari said, according to what was reported by the Egyptian website on Friday: “All negotiations are over… We have an agreement with Madrid and Paris. Now it is up to Kilian to choose.”
“The two offers are equal… On the one hand we have our image (Madrid) and on the other hand the financier… There is no big difference because the two clubs are equal.”
Mbappe’s contract with the capital club expires in June, and he stated that he will announce his decision “before” the next gathering of the French national team on May 28, but things may accelerate to the point where he will announce this decision this weekend, according to what the sports newspaper “L’Equipe” expected. “Mbappe, the end of the suspense on Sunday,” headlined it.
And according to what the Spanish newspaper “El Pais” revealed in mid-March, after Saint Germain was eliminated by Real Madrid in the Champions League, Real made a new offer for Mbappe: 180 million euros, a signing bonus and a net annual salary of 40 million euros (which are figures he considered imaginary. The player’s surroundings and Saint-Germain), in addition to 50% of his image rights, like the rest of his players.
But those close to Mbappe prefer the 100% offered by Saint-Germain. According to some sources, Real Madrid will be ready to negotiate a 60-40 ratio in favor of Mbappe in order to convince the star.

“I think he will move to Real Madrid”

The mayor of Madrid, Jose Luis Martinez Almeida, who dined with the Emir of Qatar, Sheikh Tamim bin Hamad Al Thani, on Tuesday evening, expected that the process of Mbappe’s transfer to the ranks of Real “has been resolved by 95-99 percent.”
The words of the mayor of the Spanish capital came to the Spanish radio “Cadena Ser” on Tuesday night and Wednesday, and said in this regard, “I think that Real Madrid has resolved the Mbappe case by 95-99 percent. This is my feeling anyway. But in order to have dinner in peace, I said of The beginning is that I am a fan of Atletico Madrid.”
The mayor of the capital had dinner with the Emir of Qatar at the royal palace, in the presence of King Felipe VI of Spain and President of Saint Germain Nasser Al-Khelaifi.
And he joked, “Mbappe saw the famous Sibelis Fountain in the Spanish capital,” when he was recently accompanied by his colleagues in Saint-Germain, Sergio Ramos and Moroccan Ashraf Hakimi, and it is the arena in which Real Madrid and his supporters celebrate their victories.
In a statement carried by the local sports newspaper, Marca, the position of La Liga president Javier Tebas was similar to that of the mayor of the capital, Madrid, saying, “I think he will move to Real Madrid, but as the white day turns to black, things may change.”
And he added, “But I think he will move.”
For his part, the Argentine coach of Saint-Germain, Mauricio Pochettino, can only hope that the 23-year-old stays with the French capital club, which he joined in 2017 from Monaco.
“I hope Kylian will be here for many years to come, but I can’t lie either. I don’t know what will happen,” said Pochettino, whose future is also in doubt after failing to lead the team to the ultimate goal of winning the Champions League.
Referring to his position as coach of the team, he said, “There is still a year left on our contract, and therefore we will be tentatively here next season.”