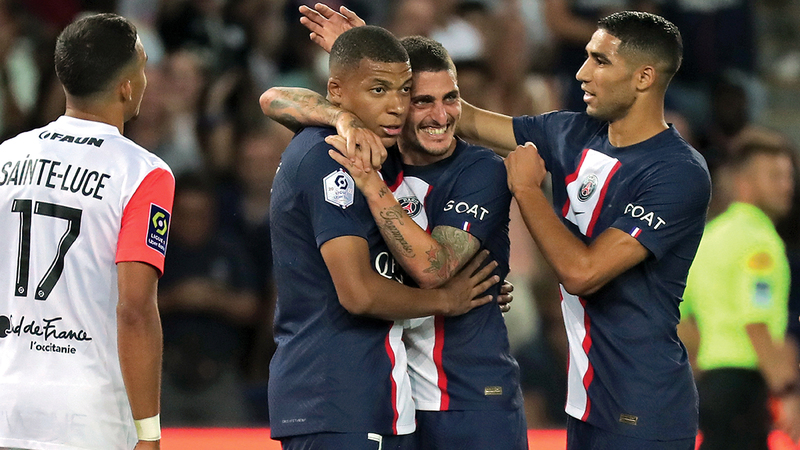 Paris Saint-Germain continued its strong performances, achieving its second victory in a row the day before yesterday, when it defeated its guest Montpellier 5-2, including a double by the Brazilian star Neymar, in the second stage of the French League. Paris Malian Sakho scored five (39 own goals), Neymar (43 penalty kicks, 51), Kylian Mbappe (69), Renato Sanchez (87), while Tunisian Wahbi Khazri (58) and Enzo (90 + 2) scored two goals. Montpellier.

With this victory, Saint-Germain raised its score to six points at the top of the standings, while Montpellier remained eighth with three points. But it is remarkable, according to French radio “Monte Carlo”, that Mbappe did not celebrate his first match of the new season, even after scoring a goal, nor did he greet his fans after the end of the meeting. She said that he had personal problems that made him unable to show joy as he used to. The match was also tense, after Mbappe missed a penalty, and Neymar did not allow him to take the second kick, so the Brazilian hit it and scored a goal.