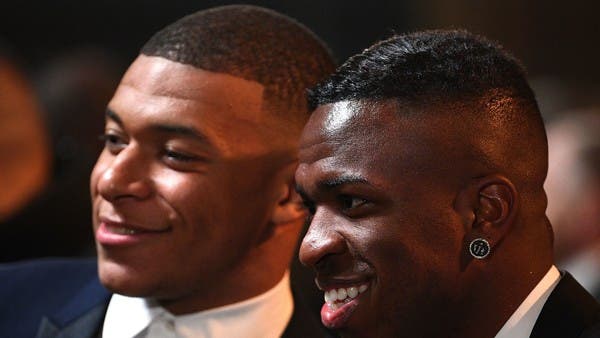 A report by the International Center for Sports Studies in Switzerland showed that Paris Saint-Germain striker Kylian Mbappe is the most valuable among football players in the world, followed by Vinicius Junior from Real Madrid, and Erling Haaland, the new Manchester City striker.

Mbappe, who rejected an offer from Real Madrid and extended his contract with the French capital club for three years last month, topped the list with an estimated value of 205.6 million euros ($219.5 million).

Neymar, Mbappe’s colleague at Paris Saint-Germain, was the owner of the most expensive transfer deal in football history after the French champion paid 222 million euros to sign the Brazilian player from Barcelona in 2017.

The list of the first five players in the International Center’s report was completed by the presence of Pedri, Barcelona player (135.1 million euros), and then English midfielder Judd Blingham, Borussia Dortmund midfielder (133.7 million euros).

The International Center for Sports Studies uses a set of indicators, such as age, performance, level development and contract period, to determine the estimated value of players.

Premier League players dominated this list, with 41 players among the top 100 players.

Manchester City’s Robin Diaz had the highest estimated value of a defender, amounting to 109.6 million euros, while Gianluigi Donnarumma from Paris Saint-Germain topped the list of goalkeepers, with a value of 73.7 million euros.

City playmaker Kevin De Bruyne, 30, was the oldest on the list, with an estimated value of 57.3 million euros.