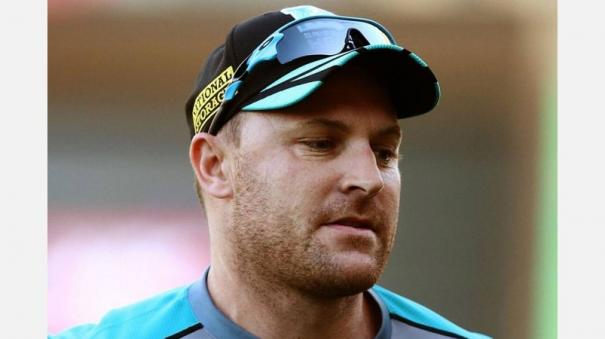 London: Former New Zealand batsman Brendon McCullum has been appointed head coach of the England Test cricket men’s team. This was reported by the England and Wales Cricket Board.

McCullum, 40, has played 101 Tests, 260 ODIs and 71 T20Is for New Zealand. He has scored 6,453 runs in Test cricket alone. He has also captained and led the New Zealand team. After retiring from international cricket the coach began to notice the work. He has been the coach of the T20 Cricket League. He is the coach of Kolkata Knight Riders in the current IPL season.

In this case, the board has appointed him as the coach of the England Test cricket team. “The McCullum will start his career from the three-match Test series against New Zealand next month,” the England Cricket Board announced. England Cricket Board officials have praised him for his work. It is noteworthy that the names of many, including Gary Kirsten, were considered for this coaching job.

“I am delighted to accept this responsibility. I know what challenges the team is currently facing. I will definitely do my part to overcome it and move forward as a strong team,” McCullum said.

England will play Test cricket against New Zealand, India and South Africa in the coming days.