Meaningful benefit comes when the government reaches the beneficiary with determination, truth and consciousness – Prime Minister Modi is proud 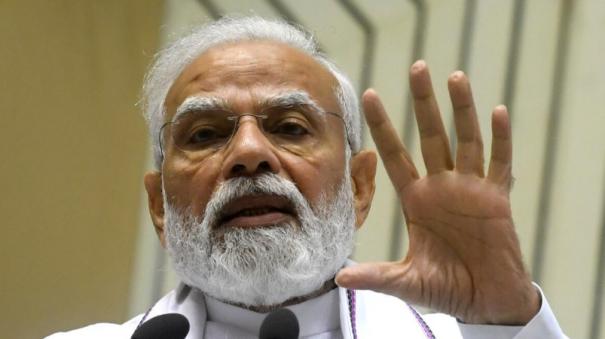 Prime Minister Narendra Modi addressed a progress video conference in Bharuch, Gujarat. The event was attended by many, including Gujarat Chief Minister Bhupendrabai Patel, to mark the 100 per cent utilization of the four major schemes of the state government to provide timely funding to those in need. He thanked the Prime Minister for making life easier and dignified for women in the country and wished him a long life and good health and the women of the region gave him the biggest rock. The Prime Minister then discussed with the beneficiaries who will benefit through various schemes.

Addressing the gathering, the Prime Minister said, “Today’s Progress Ceremony is a testament to the fact that when the Government reaches the beneficiary with a sense of commitment and commitment, meaningful benefits are reaped. Congratulations to the Government of Gujarat and the Bharuch District Administration for the full implementation of the 4 schemes related to social security. There is confidence and satisfaction among the beneficiaries.” Many people in the minority community are unaware of the benefits of many programs without knowing it.

For the last 8 years the government service has been working with dedication for good governance and welfare of the poor. My experience as one of the people who has learned about scarcity, growth and poverty is the reason for the success of the administration. I work based on personal experience of the poverty and needs of the common people. Everyone who qualifies should receive the full benefit of the program. The soil of Gujarat has taught me not to indulge in the glories I have got. I have always aimed at fully fulfilling the welfare of the people. My ultimate dream. We need to move towards the 100 percent full energy limit. The state machinery must accordingly instill confidence among the people.

In 2014, half of the country’s population was without facilities such as toilets, vaccinations, electricity and bank accounts. Over the past few years with each effort we have been able to bring many projects to 100 percent usability. After 8 years, we have a need to dedicate ourselves with new determination. The 100 percent utility of the beneficiaries is to give equally to every religion and every sect with the mantra that all will unite and all will rise. No one should be left out of every scheme for the benefit of the poor. It has also ended its political satisfaction. The ultimate goal is to benefit the last human being in society. “

Referring to the Rocky presented by the Sisters of the Region, the Prime Minister said, “Thank you to the women who have given us strength through this. Their greetings will protect us like a shield and motivate us to work even harder. Speaking in Gujarati, the Prime Minister recalled Froz’s business and cultural heritage and their long association with Froz.