WorldMeasles delays deportation of thousands of Afghans to America
World

Measles delays deportation of thousands of Afghans to America 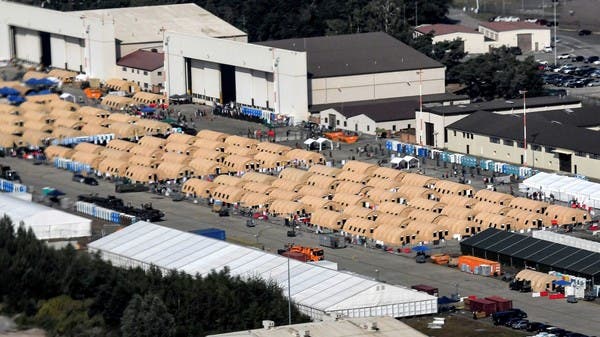 Politico magazine reported that the evacuation of about 12,000 Afghans to the United States will be delayed after the discovery of four measles cases among Afghans who arrived in the United States.

Politico reported that the US Centers for Disease Control and Prevention recommended that Afghans evacuated to US military bases be tested for measles, particularly at Ramstein Air Force Base in Germany and Al Udeid Air Base in Qatar.

These developments will necessarily extend the evacuation process for at least several weeks, while the cases of the four injured are traced, in an attempt to discover if any of the other evacuees have been infected.

A week ago, the commander of US forces in Europe, General Todd Walters, said that about 12,000 Afghans are being verified at Ramstein Air Base in western Germany.

He added that another 5,000 Afghans are currently in the “Rhein Ordnance” barracks in Kaiserslautern, near Ramstein, while there are about 4,300 in US bases in Italy and Spain.

Walters added that people are checked twice before they continue their journey to the US – once upon arrival and again shortly before departure.

Asylum seekers like former Afghan collaborators with the United States and their families who leave their homeland in fear of the Taliban are initially housed in tents and aircraft hangars at Ramstein or military bases in the United States.

Previous articleThousands of Afghans are stranded on the borders of Pakistan .. Satellite images released
Next articleSai Dharam Tej: It’s a tough time .. Nikhil’s comments on the situation inside the hospital are viral