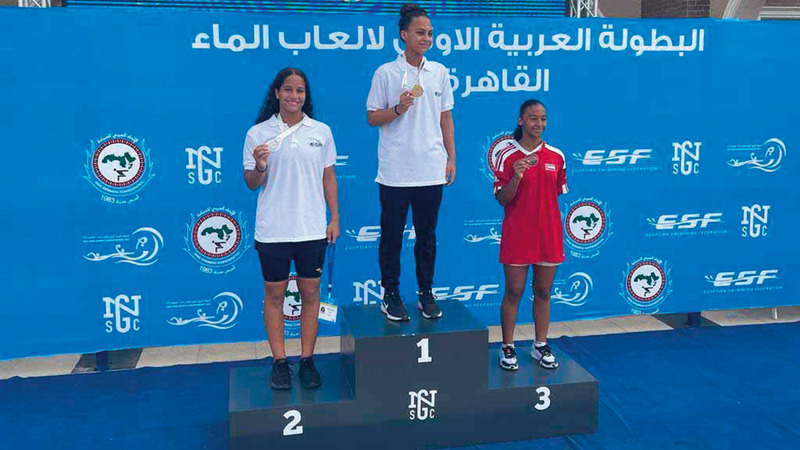 The national team swimmer, Mira Abdullah Al-Shehhi, won the third place and bronze medal in the under-15 butterfly race in the Arab Swimming Championships for age groups held in Cairo and will continue until September 14, while the team concludes its participation tomorrow with the end of the swimming competitions.

Mira succeeded in winning the team’s first medal in the butterfly race, and she is participating with swimmer Sarah Okasha in the girls’ categories, while there are six swimmers in the youth category, with the Emirati champion Salem Ghaleb, and leading the team in the Arab Championship in Cairo, Marwan Hafez and Talal Al-Ali, in a mission headed by Abdullah Al-Wahaibi. Chairman of the Business Steering Committee of the Federation.

The coach of the national team, Marwan Hafez, praised Mira Al-Shehhi’s achievement of her first Arab medal after a great effort and strong competition, pointing out that the medal she obtained in this great Arab forum will certainly be an incentive for her to continue training strongly and appear differently in the upcoming tournaments, and he hoped that the rest of the world would be successful. Swimmers achieve new numbers for them through this participation and strong friction.