Meeting with Prime Minister Narendra Modi, who is contesting the presidential election 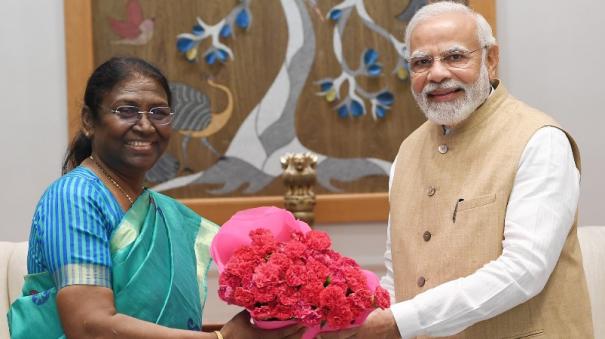 In a statement issued before leaving for Delhi, Draupadi Murmu said, “I am proud to be declared the Presidential candidate. Thanks to everyone for that. Likewise I ask everyone to support me in the election. I will ask for the support of all voters (MPs and MLAs) before the July 18 election. ”