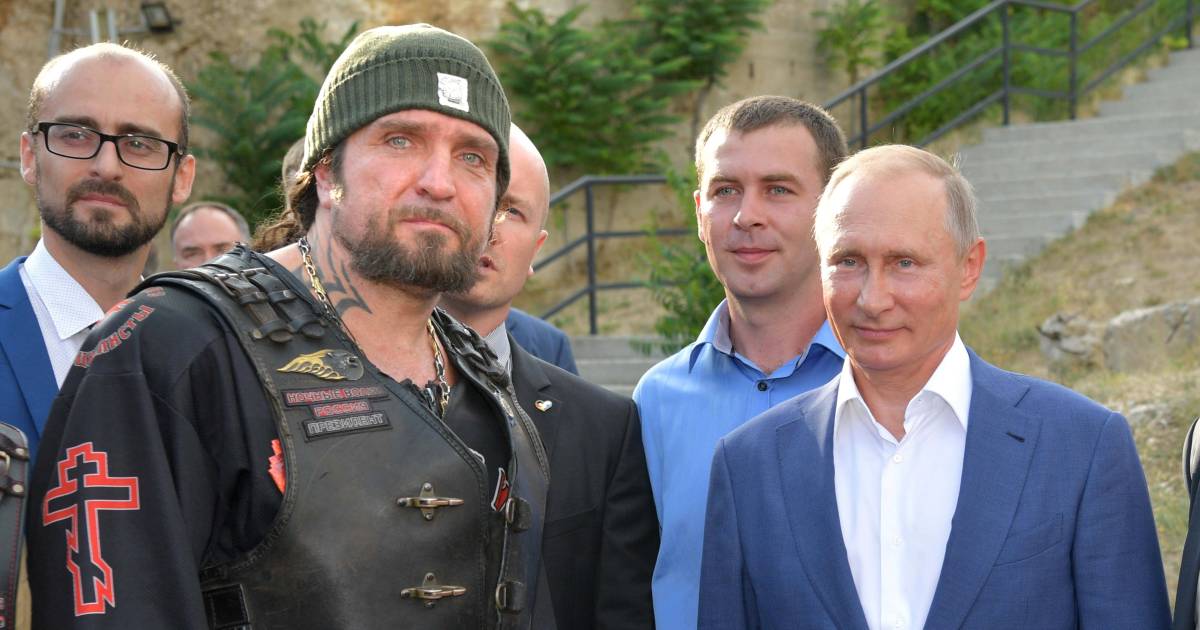 The authorities in Berlin are anxiously looking forward to Sunday and Monday. The end of the Second World War is then commemorated during various gatherings. The Night Wolves, a Putin-loyal Russian biker gang, have already been spotted on the streets of the German capital.

In other years, the commemorations of the end of the war (Sunday 8 May) and the victory of the Russian army (May 9) usually went smoothly. But this year, authorities in Berlin fear the rallies will be used as a tool by pro-Russian groups to show their support for the war in Ukraine launched by Russian President Vladimir Putin.

The presence of the Night Wolves, among other things, leads to unrest in the German capital. On Thursday, the first eighteen members of the Russian motorcycle club entered Berlin, with twelve motorcycles and a car, German media reported. It is suspected that the group plans to lay a wreath on Monday at the Soviet memorial near the Brandenburg Gate and the Reichstag.

Led by the 1963 Ukrainian born Alexander Zaldostanov, the Night Wolves are known for their ultra-nationalist views. For example, Zaldonastov called Russian dictator Joseph Stalin an “unsurpassed leader” in an interview in 2015. He compared the West to the devil. The 5,000-member motorcycle gang is also considered homophobic.

Zaldostanov has good contacts with Putin, whom he met several times. Putin called the members of the motorcycle club “brothers” and “masculine and cool guys” who “show you how to deal with Russia.” The Night Wolves played a role prior to the Russian capture of Ukraine’s Crimea peninsula and the uprising by pro-Russian rebels in eastern Ukraine. Zaldostanov, nicknamed “the surgeon”, also founded the Anti-Maidan group. Maidan is the square in Kiev where massive pro-European demonstrations took place in 2013 and 2014.

In 2015, the Night Wolves also went to Berlin, to commemorate the victory of the Russian army over the Nazis on 9 May. That caused a lot of consternation at the time. Poland, among others, banned the motorcyclists from driving through that country. “It is a provocation to forbid us to commemorate the Second World War,” Zaldostanov said at the time. “We want to visit the graves of our grandfathers. That is our duty.”

The Berlin police want to prevent the war commemorations of Sunday and Monday at all costs from being used for political statements about the war in Ukraine. Therefore, Russian and Ukrainian flags are prohibited. Also, wearing the Russian war symbol ‘Z’ is prohibited, as is wearing military uniforms.

Politicians are also moving. “We must not give an inch to the approval of an aggressive war,” said SPD senator Iris Spranger, for example. picture† Stefan Evers, the Berlin party leader of the CDU, is also concerned. “We continue to hope that it will not be the Night Wolves, columns or other Putin supporters on May 8 and 9 that dominate the streets, but Russian, Ukrainian and Belarusian opponents of the war and fighters for human rights.”

Watch our videos about the war in Ukraine in the playlist below: