Memories of 2013 motivate Iraq in front of the “green” 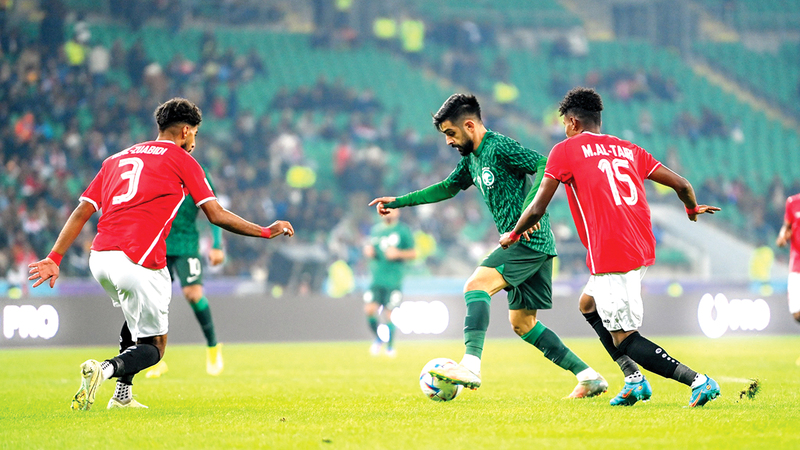 Iraq is in a difficult confrontation when it meets the Saudi “Al-Akhdar” today in the second round of Group A matches in the 25th Gulf Cup, at 8:15 at night UAE time at Basra International Stadium, as the “Lions of Mesopotamia” hopes to bring back memories of the “Gulf 21” in 2013. When he defeated “Al-Akhdar” in the last confrontation between the two teams in the championship.

Iraq beat Saudi Arabia in that version that was held in Bahrain with two goals without a response, in the first round in the group stage, and then continued its journey until the final and lost to the UAE national team with two goals to one.

The Lions of Mesopotamia have historically outperformed Al-Akhdar in the Arab Gulf Cup, as Iraq won five matches against two victories for Saudi Arabia, while Al-Akhdar won the last four official matches that brought them together twice in the 2015 Asian Cup qualifiers, as well as the qualifiers for the Asian continent. To the World Cup Russia 2018.

The owner of the land and hospitality seeks to achieve his first victory after a draw in the first round against Oman without goals, while the Saudi national team, which participates in the second row, leads after defeating Yemen with two goals without a response.

The “Lions of Mesopotamia” is betting on the strong presence of its fans in the Basra stadium, as the opening match between Iraq and Oman recorded a record attendance of about 70,000 spectators.

The Iraqi coach, the Spaniard Casas, hopes that the team will overcome the mistakes of the Oman match, especially in terms of the lack of the final touch.

On the other hand, the Saudi national team hopes to reserve the ticket to qualify for the semi-finals, and after defeating Yemen, the confrontation with Iraq will be the most important test for Al-Akhdar.