Memory card: how to visit the Victory Parade 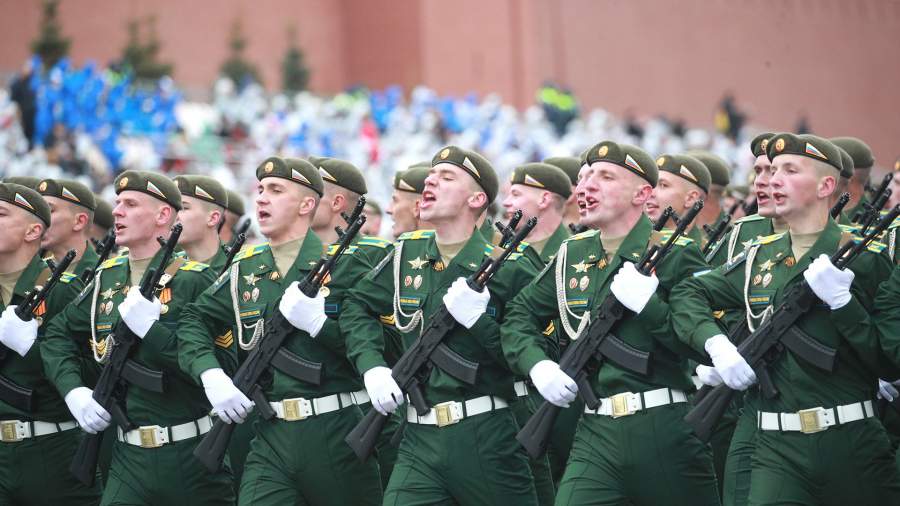 This year Russia celebrates the 77th anniversary of the victory in the Great Patriotic War. President Vladimir Putin will traditionally deliver a congratulatory speech. Many cities will host traditional parades with the participation of military equipment, processions of the Immortal Regiment, themed concerts will be held in parks, and fireworks will complete the celebrations. Where Russians Can Celebrate Victory Day – in the material “Izvestia”.

The celebrations will begin on May 9 with the traditional morning Victory Parade. In the afternoon, processions of the Immortal Regiment will be held in most settlementsin which everyone will be able to take part – to pay tribute to the memory of their relatives who died in the Great Patriotic War and during other military conflicts.

Festive concerts, entertainment themed events for children and adults will be held in parks and on the streets of Russian cities. In Moscow, songs of the war years will be played all day long in Zaryadye, a concert program will begin in Gorky Park at 13:00, a concert for veterans will start at Theater Square at 19:00, and Russian artists will perform on Poklonnaya Hill at 20:30.

The celebrations will end with fireworks.

Where to watch the Victory Parade 2022

In total, almost 65 thousand people, about 2.4 thousand weapons and military equipment, as well as more than 460 aircraft will be involved in the parades.

The main celebrations will take place in the capital on Red Square. However, you can get there only by nominal invitations, which are received by veterans and their attendants, as well as government officials.

You can watch the passage of military equipment without special invitations throughout the entire route of its movement along Moscow streets to the city center and back. It is worth noting that these routes are different. The military gathers with equipment in a wasteland near the house 45 along Nizhniye Mnevniki Street, the further route: Narodnogo Opolcheniya Street – Mnevniki – Zvenigorodskoye Highway – Krasnaya Presnya – Barrikadnaya – Sadovaya-Kudrinskaya – Bolshaya Sadovaya – Triumphal Square – Tverskaya – Manezhnaya Square – Red Square.

Where to watch aviation

The aviation part of the parade in Moscow this year involved 15 helicopters and 62 aircraft: attack and transport helicopters, aircraft of operational-tactical, military transport and long-range aviation. They will fly over Red Square towards the end of the parade. It is convenient to observe military aviation from Bolshaya Sadovaya Street, Leningradsky Prospekt and Petrovsky Park, Tverskaya and 1st Tverskaya-Yamskaya Streets, Raushskaya Embankment and streets adjacent to Red Square.

In the south of Russia this year the air part of the parade will take place only in Rostov-on-Don.

What time will the Victory Parade start?

The Victory Parade on Red Square starts at 10:00. After the opening ceremony, Vladimir Putin will give a congratulatory speech. The President’s speech will be broadcast on our website and the Izvestia TV channel.

In order to see military equipment heading to the city center, people begin to occupy the most advantageous viewing places from about 08:30. On the way back, the column can be caught, for example, on Novy Arbat around 10:30.

How will the “Immortal Regiment”

In Moscow, the Immortal Regiment action goes offline after two years online due to the pandemic. The procession will begin on May 9 at 15:00, the gathering of participants begins at 12:30, You can join the column at the exit of the Dynamo and Belorusskaya metro stations. It will pass along Leningradsky Prospekt, Tverskaya Street and 1st Tverskaya-Yamskaya Street through Okhotny Ryad Street, Manezhnaya and Red Squares. The length of the route will be seven kilometers. More than a million people are expected to join the procession.

To participate in the action, you must arrive at the meeting point on time, take a photo of a participant in the Great Patriotic War, an identity document, it is recommended to wear comfortable shoes and a hat. You can print a portrait for free at the centers of public services “My Documents”.

The action “Immortal Regiment” will be held in all cities of the Moscow region. The processions will begin on May 9 at 12:00.

Also, the action will take place in all Russian regions. This year, relatives of those who died during a special operation in Ukraine, as well as in other military conflicts, will be able to join the memorial columns.in which our compatriots took part – in Afghanistan, Chechnya and others. So, for example, the governor of the Voronezh region, Alexander Gusev, called on residents of the region to bring portraits of “veterans of labor, prisoners of concentration camps, children of the war, as well as modern heroes of the fight against Nazism, including participants in a special operation in Ukraine.”

Where to watch fireworks

Fireworks in Moscow will end the celebrations at 22:00. It will be launched from 36 sites. More than 70 self-propelled launchers, as well as more than 11,000 pyrotechnic products, will be involved in its implementation.

How Victory Day will be celebrated in the liberated territories

In the DPR and LPR this year, according to the first deputy head of the presidential administration of the Russian Federation Sergey Kiriyenko, there will be neither a parade nor the “Immortal Regiment” on May 9th. Festive events can be held only after the entire territory of the republic is liberated, explained the head of the DPR Denis Pushilin.

Meanwhile, in Kherson, Victory Day is planned to be celebrated this year with the use of St. George ribbons and the banner of Victory – Under the previous government, these symbols were banned here.

In Mariupol, on May 9, the authorities plan to hold a procession of the “Immortal Regiment”. According to the deputy mayor of the city, Victoria Kalacheva, local residents are looking forward to this event. By the holiday, the city is in a hurry to restore the monuments destroyed by the nationalists, dedicated to the victory over fascism. Representatives of the national squad and volunteers from among the local residents take part in the work.

The “Immortal Regiment” will be held on Victory Day and in Zaporozhye, many residents of the liberated territories plan to take part in it. So, banners with heroes of the Great Patriotic War have already appeared on the streets of the village of Mikhailovka, the central streets are being prepared for festive events.