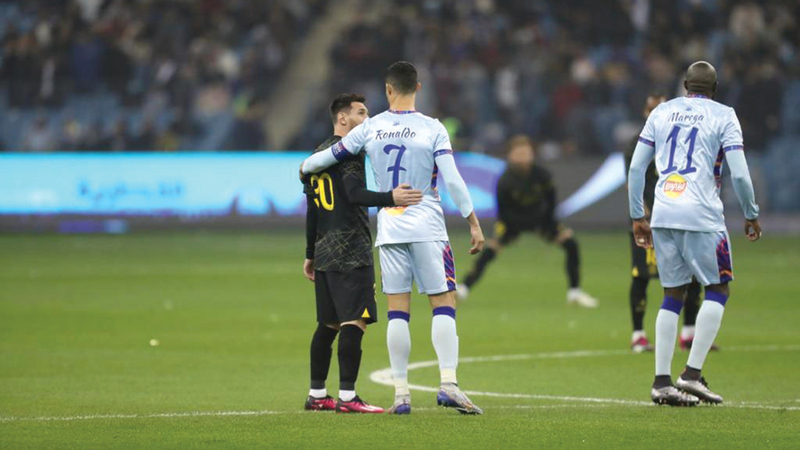 It was a special moment when the two world stars, Argentine Lionel Messi and Portuguese Cristiano Ronaldo, met in a friendly match the day before yesterday, in the “Riyadh Season” match, in which Ronaldo led the all-star team from Al-Nasr and Al-Hilal teams, and Messi led his team Paris Saint-Germain, and it ended 5-4 to the Parisian team. Messi confirmed the strength of the relationship between him and Ronaldo, and that he was happy to meet him for the first time in years in a confrontation between them. football around the world.

The match witnessed a remarkable event, as Ronaldo, who had recently joined the Saudi victory, scored two goals, while Messi had opened the score for Saint-Germain.