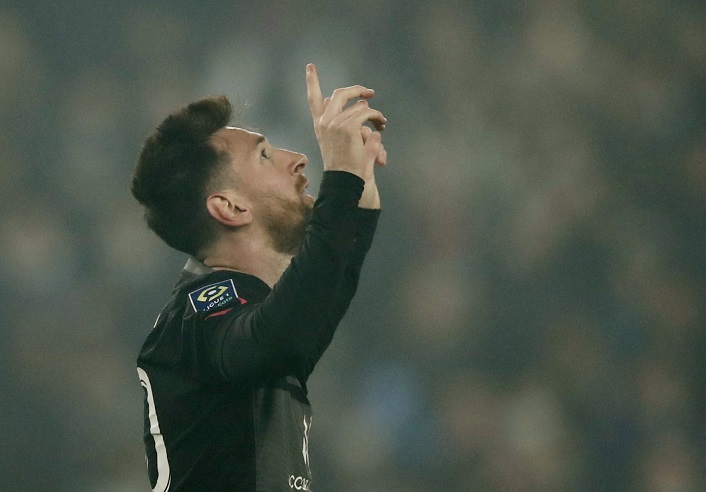 Argentine star Lionel Messi broke his scoring knot in the French Football League, by scoring a goal in the match that his team, Paris Saint-Germain, won 3-1 against its guest Nantes, in the fourteenth stage of the local championship.

The Paris trio was scored by Kylian Mbappe (2), Dennis Appiah (82) and Messi (87), while Randall Kolo Mwany scored the only goal of the guests (76).

With this victory, Saint-Germain consolidated its lead in the French League with 37 points, 13 points ahead of its closest rival, Lens, who is visiting Brest on Sunday, while Nantes, who suffered their sixth loss this season, remained in eleventh place with 18 points.

Saint-Germain completed the match with ten men since the 64th minute, after Costa Rican goalkeeper Keylor Navas was sent off after a rough intervention outside the penalty area, and the Brazilian Neymar was the victim of this expulsion by leaving the Spanish goalkeeper Sergio Rico.