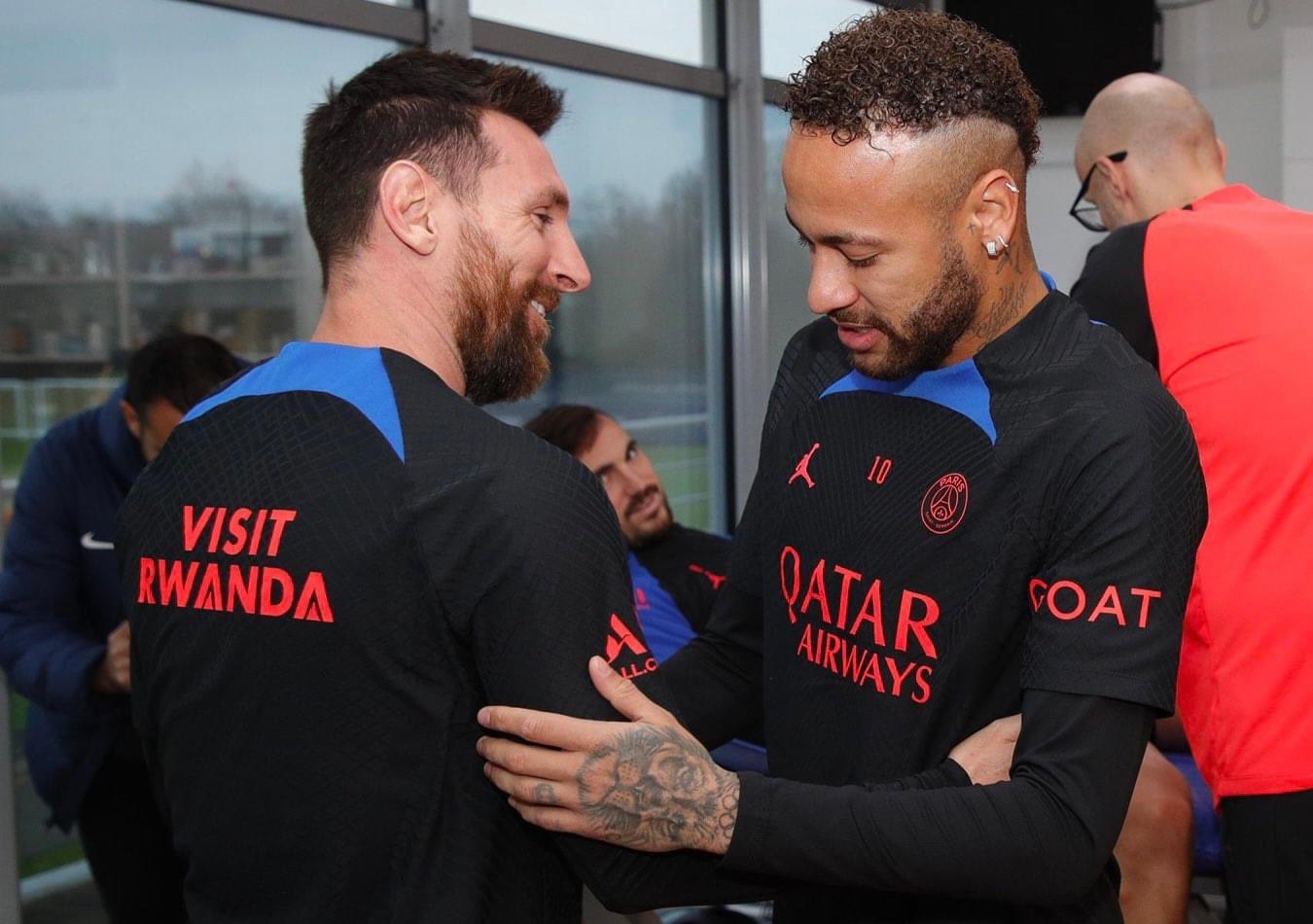 International striker Lionel Messi, who won the Qatar 2022 World Cup with Argentina last December, returned to the Paris Saint-Germain training center, according to what the French club announced on Wednesday.

The seven-time Ballon d’Or winner left his hometown of Rosario on Monday night with his family and landed at Le Bourget airport, north of Paris, on Tuesday.

And the Saint-Germain account on Twitter published pictures of Messi’s arrival and his meeting with his colleagues, “Leo Messi returned to the training center this morning after his achievement in the World Cup.”

After huge and noisy celebrations in his country after finally leading Argentina to their third title in their history and achieving the long-awaited trophy, the best player in the Qatar World Cup took advantage of a few days rest with his family before joining his colleagues in the Parisian team.

He became the last Saint-Germain player to participate in the World Cup to return to training after the likes of Frenchman Kylian Mbappe, who scored a hat-trick in the fiery final (3-3 in normal time, 4-2 in penalty shootouts), as well as Ashraf Hakimi, who reached the semi-finals with Morocco in An unprecedented African and Arab historical achievement, knowing that they returned to training only 3 days after the World Cup final on December 21.

The two players participated in the two matches between Saint-Germain during the holidays in the league (the victory over Strasbourg 2-1, and the defeat in Lens 3-1) before they had ten days of rest.

On Friday, the capital team will play the 32nd round of the French Cup in Châteauroux, most likely without Messi, who may return to the stadiums against guest Angers in the league next Wednesday.

Messi made a great start to the league, scoring 7 goals and 10 assists, helping Saint-Germain top the standings.