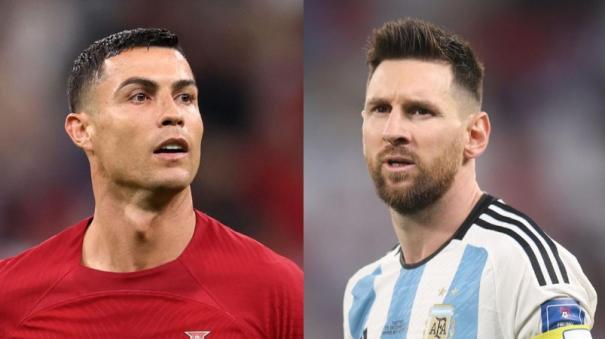 Chennai: Argentina’s Messi and Portugal’s Ronaldo are definitely among the all-time best players in the world of soccer. In this context, there is a possibility that both of them will face each other again. Both are likely to play against each other in the same match for their respective club teams.

Messi plays for French club PSG. Ronaldo has joined Al-Nasser Club from Saudi Arabia. It is reported that his first match for the team was canceled due to rain.

In this context, information has been received that the PSG team is going to play against the Al-Nasser team in Saudi Arabia. It is also said that this is going to happen in the current month of January. In January last year, PSG should have played a friendly against Al-Nasr in Saudi Arabia. However, it was postponed due to the spread of the Corona virus.

In this situation, according to the contract, PSG team is now going to play the postponed match. Therefore, if PSG plays with Al-Nasser, there is a chance that Messi and Ronaldo will play face-to-face. It is noteworthy that not only Messi but also star players like Neymar, Mbappe and Hakimi are in the PSG team.