Messi’s “five” leads Argentina to a friendly victory over Estonia 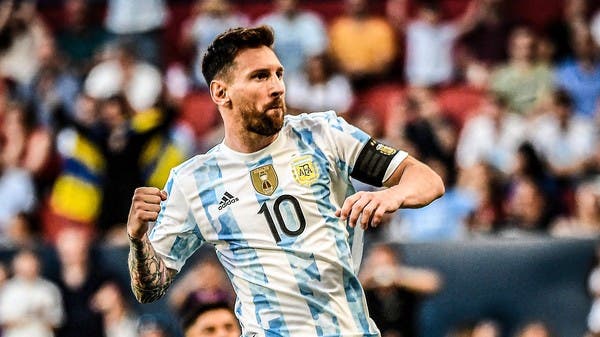 Lionel Messi scored five goals to lead Argentina to a 5-0 victory over Estonia during their friendly match on Sunday at El Sadar Stadium in Spain.

Messi scored his five goals in the eighth minutes, from a penalty kick, and the last of the first half, 47, 71 and 76.

The Argentine national team will meet with its Brazilian counterpart on Saturday.

The Argentine national team is preparing to participate in the World Cup in Qatar, where it is in Group C with Saudi Arabia, Poland and Mexico.

Estonia, who failed to qualify for the World Cup, is preparing to face Malta next Thursday in the European Nations League.