Mexican boxer threatens Messi .. “I ask God not to find you in front of me!” 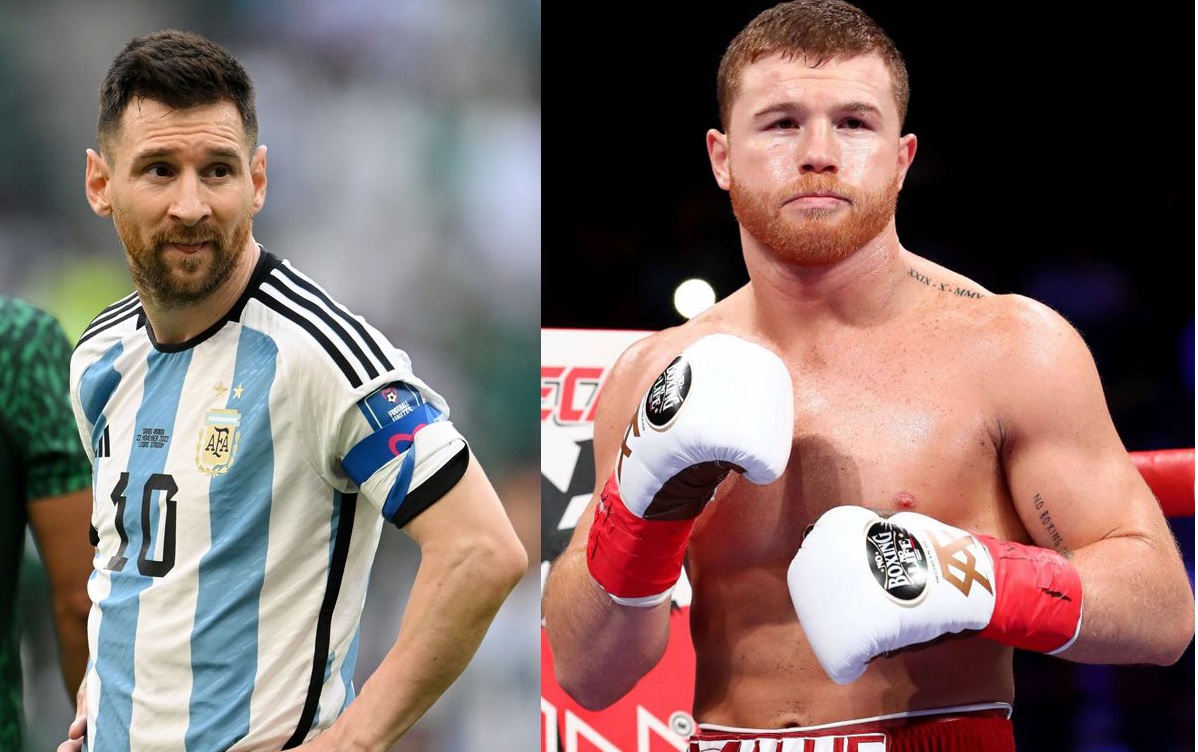 Mexican boxer Canelo Alvarez warned Lionel Messi, the Argentine national football team player, accusing him of not respecting the Mexican flag, after the match between Argentina and Mexico in the World Cup.
The Argentine national team kept its hopes of winning the World Cup title after its 2-0 victory over Mexico, and Messi scored the lead goal.
Messi angered the Mexican boxer after footage showed the Argentine national team captain in front of him the Mexican national team shirt on the floor in the locker room during the celebration after the match.
When Messi took off his shoes, it appeared that he had grabbed the shirt with his foot, and this was something Canelo did not like.
And he posted on “Twitter”: “Have you seen Messi cleaning the floor with the shirt of our national team and our flag??? I ask God not to find him in front of me!!”
The Mexican boxer added: “Just as I respect Argentina, you must respect Mexico!! I’m not talking about the country (Argentina), I’m talking about Messi.”
Canelo, whose tweets were filled with expletives, wrote in another post: “As long as the Mexican national team shirt is on the ground, it is indeed an insult.”
The Argentine national team enters its last match in the group against the Polish team, the leaders, knowing that only a victory will qualify it for the round of 16, while a draw may be sufficient if the Mexican team tied with its Saudi counterpart.
Mexico needs to win to have a chance to qualify, provided they get help from Poland.