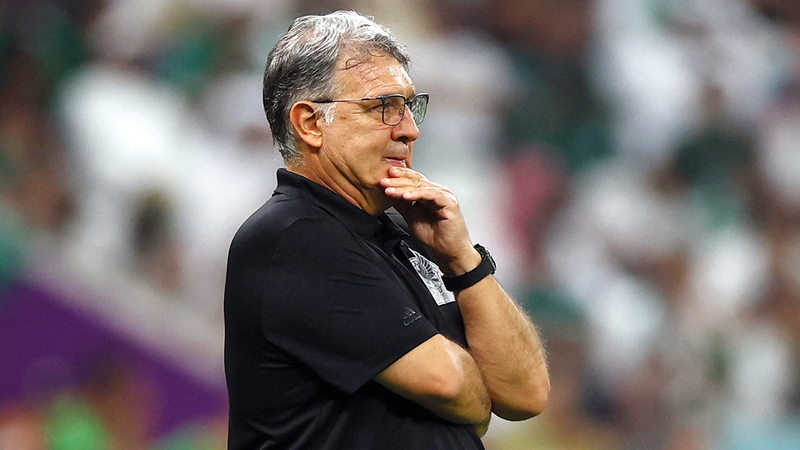 The Argentine coach of the Mexico national team, Tata Martino, announced that he would bear the responsibility for the exit from the group stage in the World Cup in Qatar, the day before yesterday, as the victory over Saudi Arabia 2-1 was not enough to qualify, because the two boarding cards went to Argentina and Poland for Group C. Martino said, in a press statement, that he would not extend his contract with the Mexican Federation.

Mexico came out after finishing third behind Poland, and paid the price of a draw with Poland, and a 2-0 loss against Argentina.