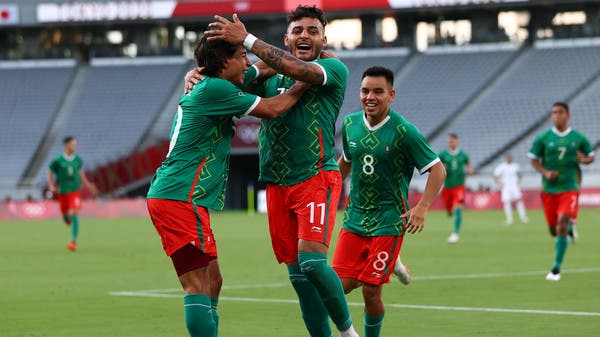 
The Mexican national team defeated France 4-1 today, Thursday, in the first round of the first group of men’s football competitions at the Tokyo Olympics.

The first half ended in a goalless tie, then the Mexican team advanced with two goals in the second half through Alexis Vega and Francisco Cordova in the 47th and 55th minutes.

The French roosters responded with a goal signed by Andre-Pierre Gignac from a penalty kick in the 69th minute, but Mexico confirmed its right to win by scoring the third and fourth goals through Aurel Antona and Eduardo Aguirre in the 80th and 90th minutes.

Argentine fencing loses a match and receives a marriage proposal

Isn’t this our pappadam? ‘Papped aloe ae olo’ when all is Italian

I am such an animal .. lips are like that .. Radhika Apte comments viral

‘Jatiratnalu’ heroine giving up offers .. whatever the reason ..

Shipwreck on a boat in Mangalore: 12 missing, including 7 Tamil Nadu fishermen