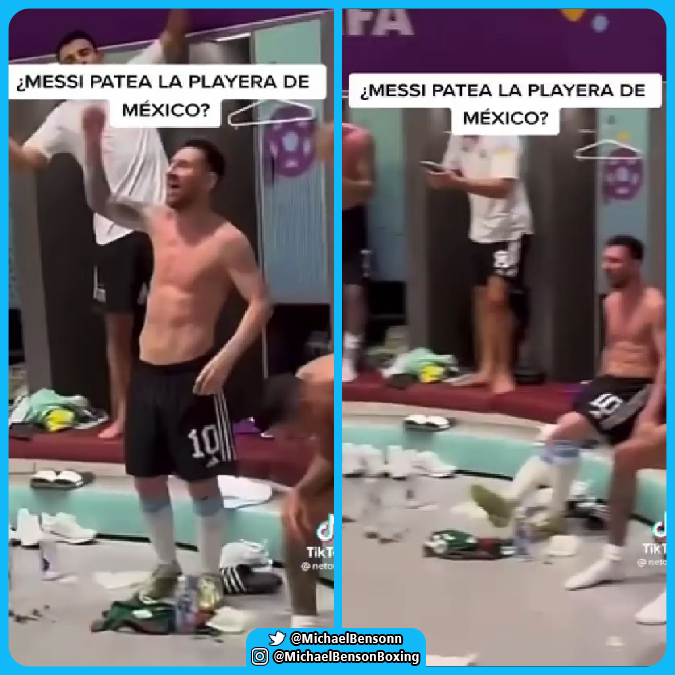 A Mexican politician called on the country’s parliament to officially classify Lionel Messi as “persona non grata” because of a video clip in which the Argentine star appeared to remove the Mexican national team shirt with his foot in the dressing room after the match that brought together the two countries’ teams in the 2022 World Cup.

Maria Clemente García Moreno submitted, according to Sky News Arabia, today, Thursday, an official request to condemn Messi’s behavior, which stated: “The House of Representatives in Congress urges the Ministry of Foreign Affairs to issue a declaration of Messi persona non grata inside Mexican territory, due to his clear contempt and lack of respect.” Mexico during the World Cup.