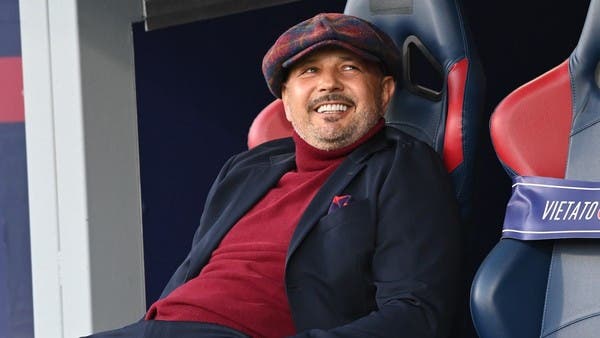 Serbian coach Sinisa Mihajlovic has left the hospital after responding well to treatment for leukemia, the club said on Monday.

And Bologna revealed in a statement that Mihajlovic had left the “Saint Ursula” hospital in northern Italy and was “in good condition.”

The Serbian coach, who has been battling leukemia since 2019, was transferred to the hospital again in March, for fear of his health deteriorating.

Italian media reported that the 53-year-old Serbian would rejoin his players in the last three matches of the current season to carry out his technical duties, as Bologna occupies thirteenth place with 43 points in the “Serie A”.

Mihajlovic took over the training of Bologna in January 2019, succeeding Filippo Inzaghi, for the second time in his career after the 2008-2009 season, and contributed greatly to the team’s survival in the first division, having previously supervised several clubs, most notably Sporting Portugal (2018), Rome, Milan and Sampdoria.

Mihajlovic was also distinguished as a player inside the green rectangle, winning the Italian League title with Lazio and Inter, the European Champions Cup (currently the Champions League) with Red Star Belgrade in 1991 and the European Cup Winners’ Cup with Lazio in 1999.